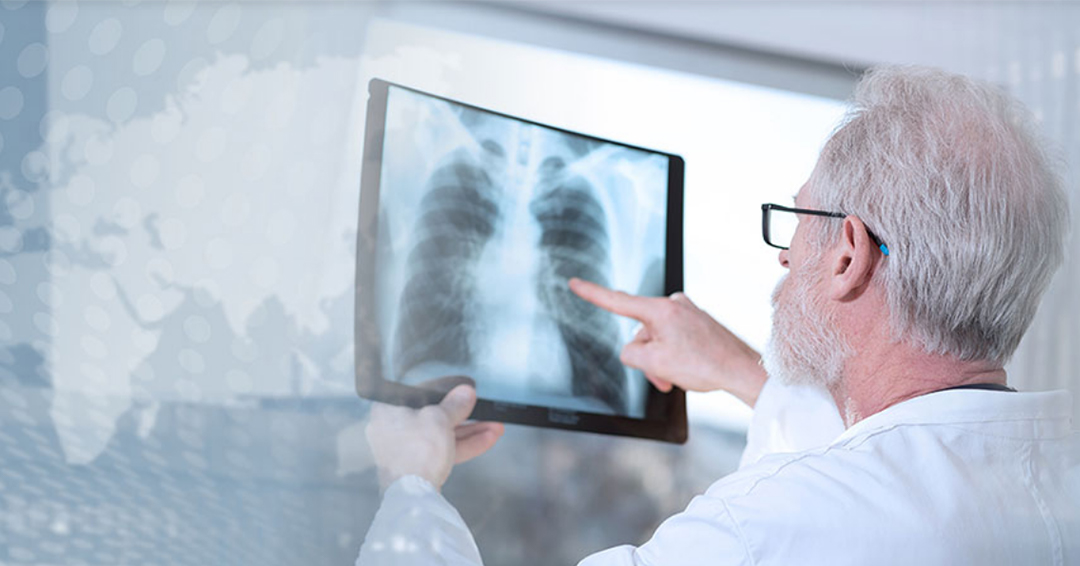 According to the results of a phase 3 clinical trial, a new treatment for non-small cell lung cancer (NSCLC) – the most common type of lung cancer – could significantly improve survival in patients with operable tumours. Nivolumab, a drug designed by Bristol Myers Squibb to help restore anti-tumour immune response, was given as a neoadjuvant (i.e. before surgery) in combination with chemotherapy. In the trial, this combination therapy reduced the risk of recurrence, cancer progression or death by 37 per cent when compared to chemotherapy alone. In addition, the median event-free survival – time from inclusion in the trial to any progression or recurrence of disease, or death – was almost a year longer with the new treatment.

These are the main results of the international CheckMate-816 trial, in which the McGill University Health Centre (MUHC) was a key contributor and one of the top recruiters. Based on the data of this randomized, open-label, multi-centre trial, the U.S. Food and Drug Administration (FDA) approved the treatment for stage appropriate operable patients. The results of the trial were presented at the American Association for Cancer Research (AACR) Annual Meeting on April 11, 2022, and simultaneously published in the New England Journal of Medicine.

“This new combination therapy represents a massive transformation in the way we care for lung cancer patients. The prior standard was surgery followed by chemotherapy, however, only about 50 per cent of our patients actually go on to receive chemotherapy after surgery. With this new approach, over 95 per cent of patients will be able to receive chemo-immunotherapy prior to surgery, which will prolong their survival and allow us as surgeons to offer them less invasive and less morbid surgery,” says the lead surgeon of the study and member of the steering committee, Dr. Jonathan Spicer, medical director of the McGill Thoracic Oncology Network, scientist in the Cancer Research Program at the Research Institute of the McGill University Health Centre (RI-MUHC) and thoracic surgeon at the Montreal General Hospital of the MUHC.

“These sad statistics are the reason why we so desperately need therapies that can improve the success rate of surgery and patients’ chances of survival,” says Dr. Spicer, who is an associate professor of surgery at McGill University.

All patients enrolled in the trial had a surgically removable non-small cell lung cancer of stage IB to IIIA and no previous anticancer therapy. Of 352 patients, half received three cycles of nivolumab (360 mg) plus chemotherapy, and the other half received three cycles of chemotherapy only, before undergoing surgery (unless cancelled for individual reasons). Randomly assigned to either of the treatments, the patients were generally representative of the broader population affected by lung cancer.

The combination therapy also appeared to be effective at reducing surgical times and increasing the use of minimally invasive surgical approaches, particularly in patients with more advanced-stage cancer.

“Surgery is still the cornerstone of a cure for patients with non-small cell lung cancer,” says Dr. Spicer. “The fact that neoadjuvant nivolumab combined with chemotherapy enabled shorter, less invasive and less extensive operations without increasing complications or adverse events is of tremendous importance to thoracic surgeons and their patients. These findings along with the improved survival outcomes have the potential to completely change the way surgeons and oncologists collaborate to cure patients with resectable non-small cell lung cancer.”

An international effort gathering clinicians and researchers from Europe, America and Asia, the CheckMate-816 trial was funded by Bristol Myers Squibb and led by Patrick M. Forde at the Bloomberg–Kimmel Institute for Cancer Immunotherapy and Johns Hopkins Kimmel Cancer Center in Baltimore. Nonetheless, the contributions from the Centre for Innovative Medicine at the RI-MUHC and other partners and research institutions based in Quebec were essential in making this study a success.

“Amongst the 150 clinical sites involved in the trial, the MUHC was not only one of the top world recruiters, but the first site to recruit a patient,” emphasizes Dr. Spicer. “This was made possible thanks to the incredible collaboration between the radio-oncology, pathology, thoracic surgery, medical oncology and respiratory teams. I would like to acknowledge the support given by the Rosalind and Morris Goodman Cancer Institute through the Quebec Cancer Consortium and the Lung Cancer Network, and thank the Rossy Family Foundation, the Montreal General Hospital Foundation and the Cedars Cancer Foundation for their continued support to lung cancer care.”

In Quebec, the Centre hospitalier de l’Université de Montréal also made important contributions to the study, under the leadership of Dr. Moishe Liberman. The CISSS de l’Outaouais recruited patients as well, resulting in Quebec sites contributing upwards of 10 per cent to the total study accrual.

About the McGill University Health Centre

The McGill University Health Centre (MUHC) is one of the world’s foremost academic health facilities. Building on the tradition of medical leadership of its founding hospitals, the MUHC provides exceptional multidisciplinary patient-centric care. Affiliated with the Faculty of Medicine of McGill University, the MUHC continues to shape the course of adult and pediatric medicine by attracting clinical and research expertise from around the world, assessing the latest in medical technology, and training the next generation of medical professionals. In collaboration with our network partners, we are building a better future for our patients and their families; for our employees, professionals, researchers and students; for our community and above all, for life. www.muhc.ca

About the Research Institute of the McGill University Health Centre

The Research Institute of the McGill University Health Centre (RI-MUHC) is a world-renowned biomedical and healthcare research centre. The institute, which is affiliated with the Faculty of Medicine of McGill University, is the research arm of the McGill University Health Centre (MUHC) – an academic health centre located in Montreal, Canada, that has a mandate to focus on complex care within its community. The RI-MUHC supports over 450 researchers and around 1,200 research trainees devoted to a broad spectrum of fundamental, clinical and health outcomes research at the Glen and the Montreal General Hospital sites of the MUHC. Its research facilities offer a dynamic multidisciplinary environment that fosters collaboration and leverages discovery aimed at improving the health of individual patients across their lifespan. The RI-MUHC is supported in part by the Fonds de recherche du Québec – Santé (FRQS). rimuhc.ca

Promising development in the fight with cancer using artificial intelligence

Improving outcomes for cancer patients, even during COVID

Stress in healthcare workers: a model to help us rethink challenges