The next Health Sciences Education Rounds is titled “Interdisciplinary perspectives on becoming a health sciences education researcher” and will take place on November 28 at 4:00 p.m. Details and registration.

What role do emotions play in clinical and educational practice? Conventional wisdom holds that emotions distort performance and should be suppressed, but visiting speaker Dr. Vicki LeBlanc gave an attentive audience reason to think otherwise on October 24.

“Emotional is not Irrational: Rethinking the Role of Emotions in Learning and Clinical Skills” was the first Health Sciences Education Rounds of the academic year, part of an ongoing series cohosted by the Institute of Health Sciences Education, the Faculty Development Office, and the Steinberg Centre for Simulation and Interactive Learning, with support from the Class of 1975.

The brain is designed to process emotional information, such that emotions help guide cognitive processes in order to direct attention, memory and judgement to the relevant stimuli in our environment, Dr. LeBlanc said.

“The brain is primed to give preferential treatment to emotions because they are so important to our wellbeing and survival,” she noted.

Emotions can be so powerful that they have “memory-narrowing effects.”

“We are going to have better memory of that which is centrally linked to an emotional source, and it’s going to come at the cost of peripheral information,” explained Dr. LeBlanc.

Dr. LeBlanc gave an example of a study in which a group of people were broken into two sub-groups with both sub-groups exposed to a picture of the same street. In one version of the picture, however, there was a visceral car accident while the other was a tranquil scene.

Emotions can also have distorting effects. A study was conducted in which people were asked where they were when 9/11 occurred and most people remembered correctly; however, most participants also incorrectly said they watched when the first aircraft struck the World Trade Centre, yet that first aircraft was not captured on live television.

Emotions are thus significant to the degree that they influence focus and memory, with the possibility of either distorting or enhancing both. 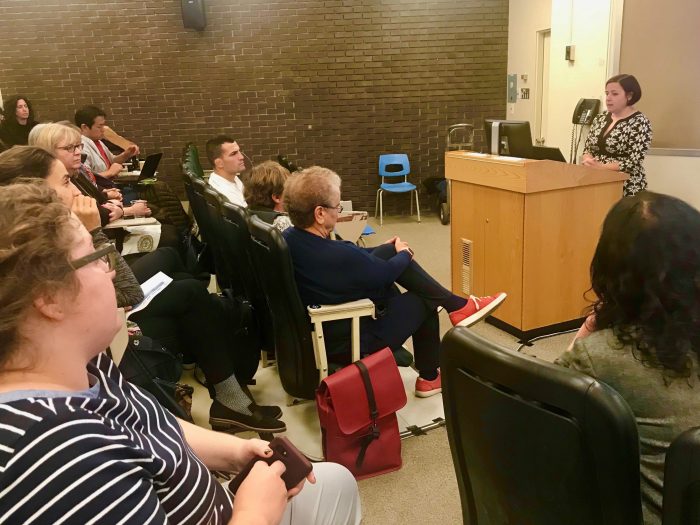 What does this mean for clinical practice and education?

“If emotions shape our attention, memory, interpretations of things and our risk perception, what does this challenge us to do in terms of rethinking education?” Dr. LeBlanc asked.

Medical and health sciences education tends to focus on knowledge, clinical reasoning, professionalism and skills, among other topics. There has been significant and important research in these areas, but Dr. LeBlanc stressed that layering on an emotions lens to this could help further our understanding.

“Emotions are too powerful and pervasive to remove, and if we avoid them, there’s a risk of maladaptive coping,” Dr. LeBlanc said. “Suppression and avoidance are linked to poorer wellbeing and performance.”

However, Dr. LeBlanc counselled against triggering emotions to use them as learning experiences in simulation-based settings.

Instead, with the transition to competency-based medical education, delivering care in emotional situations can potentially be integrated into assessment plans.

When assessing a learner’s potentially ambiguous behaviour, perhaps their emotional state could be considered. Emotions can also be considered and discussed in debriefing and the provision of feedback.

Dr. LeBlanc also suggested that training in adaptive emotional regulation strategies like physiological relaxation and reappraisal could be helpful for students and residents in medicine and the health sciences.

Prior to her presentation, Dr. LeBlanc presented to members of the Institute of Health Sciences Education on the evolution of health sciences education research and the tenuous balance between theory and inquiry-driven work and the need for practical, applied research that leads to curriculum development and evolution.