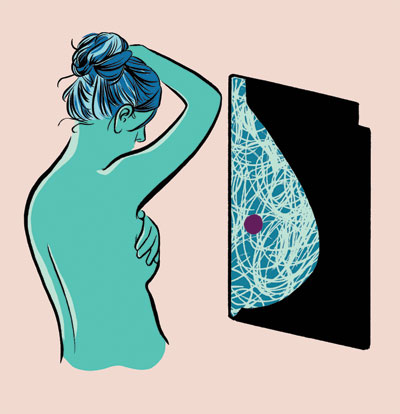 Dr. William Foulkes, Chair of the Cancer Genetics Program, Dept. of Oncology, and Research Institute-MUHC, was interviewed by CTV, CBC TV and radio (Homerun), Le Devoir, La Presse and Global TV about breast cancer and the decision made by Angelina Jolie to have a double mastectomy after learning she had a gene that significantly increased her risks of developing this cancer.

Doctors at the Montreal University Health Centre (MUHC) have been performing preventive mastectomies for close to 20 years.While the surgery has its risks, specialists insist for those who carry the gene, it’s the best way to rule out getting breast cancer.

“Between 35 and 50 is the really big risk period for BRCA,” noted Dr. Foulkes.

While some may view a preventative double mastectomy as extreme, individuals with mutations of either the BRCA1 or BRCA2 gene have much higher cancer risks than the general population.

The BRCA genes are considered tumour-suppressor genes and are supposed to prevent uncontrolled cell growth. But in individuals with the mutations, the genes don’t function properly and the risk of cancer is increased.