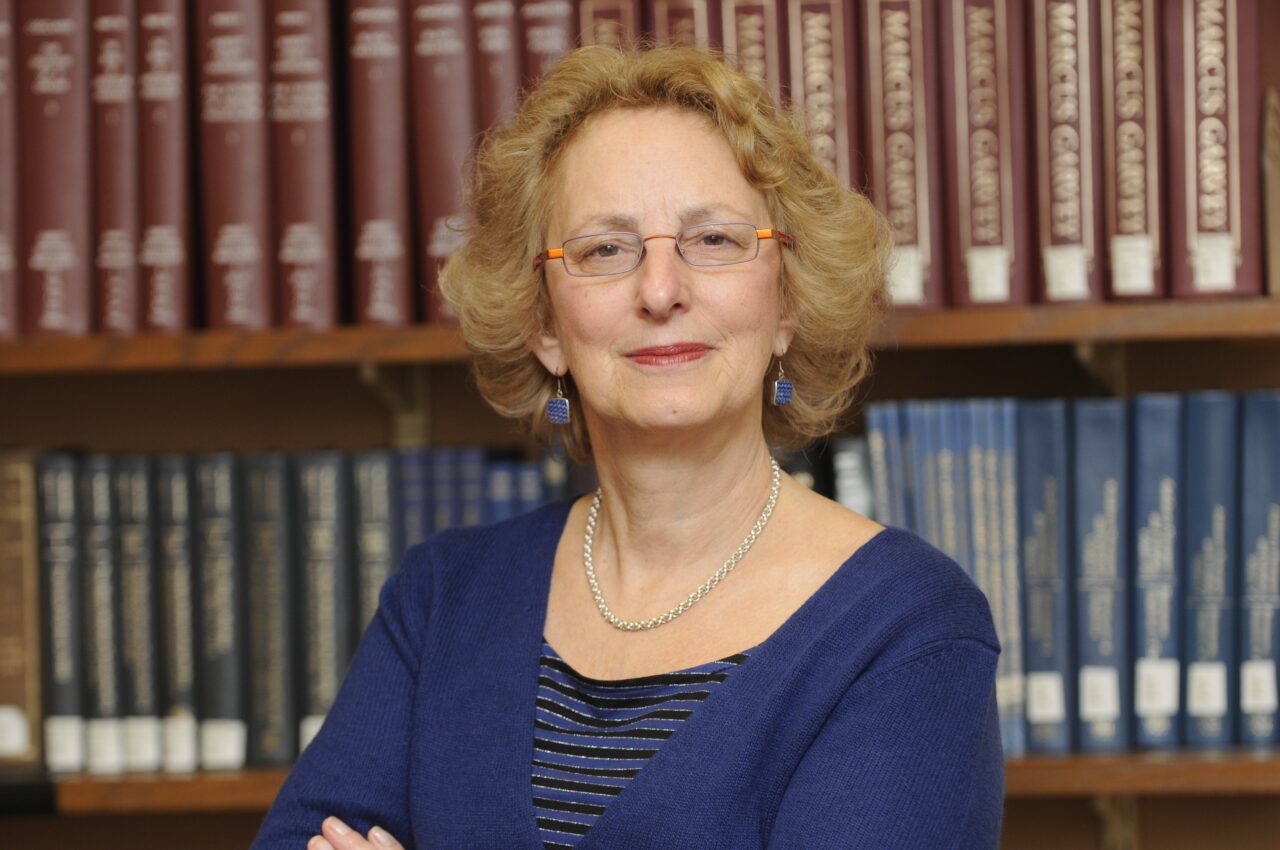 Susan M. Reverby, PhD, is the Marion Butler McLean Professor Emerita in the History of Ideas and Professor Emerita of Women’s and Gender Studies at Wellesley College, Wellesley, Massachusetts, in the USA. An historian of American medicine, nursing, public health, race, class and gender, she has edited, co-edited and published seven books, including her prize-winning Examining Tuskegee: The Infamous Research Study and its Legacy, published in 2009.  “Repurposed but not retired,” she is currently a fellow at the Charles Warren Center at Harvard University, working on a book on a renowned HIV/AIDS physician and activist who spent nearly a decade in prison for his actions and beliefs.
Drawing on two examples of some of the worst U.S. medical research studies that she has written about and exposed, on November 1 from 6:00 to 7:00 p.m. Prof. Reverby will deliver the 2017 Osler Lecture titled “Infamous Medical Research: Bad Guys, Duped Victims, or Something Else?” in the Charles F. Martin Amphitheatre in the McIntyre Medical Building.
Ahead of her talk she took the time to answer some questions about some of the most controversial medical studies in U.S. history.
Tell us how you came to discover that U.S. scientists in the late 1940s had deliberately infected 1500 Guatemalans – largely soldiers, psychiatric patients, prisoners, and the poor — with syphilis and gonorrhea without their knowledge or consent.

I was in the archives of the University of Pittsburgh, looking at the papers of U.S. Surgeon General Thomas Parran for my project on the syphilis study in Tuskegee. The archivist told me there were papers also for John Cutler, a physician who had been involved in Tuskegee. I looked at the finding aid, which explains what is in the boxes, and did not see much on Tuskegee. But I asked for the boxes anyway.  Inside was not Tuskegee material, but thousands of pages on the study in Guatemala.  I had been explaining for more than a decade that no one was given syphilis in Tuskegee. But here was Cutler, a syphilis study, and infecting another group of people not only with syphilis, but gonorrhea, and chancroid too. So there it was in front of me.  I kept reading…..

How was something so vast, horrific, and international covered up for more than 60 years, especially after Tuskegee?

In the Tuskegee study (1932-1972) nearly 400 African-American men with late latent syphilis and almost 200 controls without the disease were watched by physicians and nurses from the U.S. Public Health Service and Tuskegee Institute, but were not supposed to be treated for their disease. The study was never hidden and there were 15 journal articles published where the men were mostly described as “volunteers.”  A horrified sexually transmitted diseases (STD) investigator told the story of the study to a friend who was a newspaper reporter after he could not get the Centers for Disease Control (CDC), which was then running the study, to stop it. She told her bosses, and they then had a more senior reporter write the story. It came out in July 1972 and all hell broke loose: Congressional concern, federal investigation, lawsuit, and eventually compensation to the families and new regulations.

Unlike the study in Tuskegee, the Guatemala material was never published and was kept hidden.  I suspect from what I have heard orally that there were rumors about it in the STD division at the CDC, but it was never published even in the major review article in the early 1950s on inoculation of syphilis for research purposes.  It was evident from the letters in Cutler’s papers that I was reading that the people over him at the U.S. Public Health Service knew it on an ethical edge and kept it quiet. I suspect too that the science was pretty badly done and so it was going to be hard to report out the results.  I never saw records about it in the CDC archives I went through for the time period that are housed in the Southeast Regional National Archives offices outside Atlanta. I only found it because Dr. Cutler had saved all the materials and gave them to the Pittsburgh archives because he had taught at the Public Health School there and lived in Pittsburgh.

Your discovery prompted President Obama to issue a formal apology to the government of Guatemala and ignited an international conversation about the ethics of human experimentation and the culpability of doctors and government agencies who were involved. Still, it would be easy to say that what happened in the 1940s was a by-product of a different age. What relevance, if any, does this story have for medical students, physicians, researchers, and others today?

U.S. medical ethicist Jay Katz once called the Nuremberg Code a “code for barbarians.”  Similarly, when one of the doctors who ran the study in Tuskegee was asked about Nuremberg and why it didn’t give them pause in Tuskegee, he angrily said “But they were Nazis.”  So one defense against studies in the past is to see the people who did them as monsters from another time and place.  We need to understand why Cutler and those who supported him thought they had the right to do this kind of research, and why in a “war against syphilis” they could see themselves as the generals leading the charge and commanding “soldier/ unknowing participants” to be part of the research. Cutting-edge research is often made by those who break a few rules, or believe they are doing the right thing. Patient/participants often don’t understand that a clinical trial (our new words) are really medical experiments. If we only see people like Cutler and those around them as monsters, then there is nothing to be learned here.  If we understand how they are products of the scientific/racist thinking and role of doctor/researchers of the time, we might then consider how we might think or act in similar ways now.

The description of your Osler Lecture suggests that we go need to think beyond the good doctor vs. bad doctor polarity. Why? Are there are no bad doctors? Didn’t the atrocious medical experiments in WW II and the Nuremberg trial that followed prove there were and probably still are?

Given what is going on in politics in the United States today, I would never say there are no evil men and women in the world.  Of course there are bad doctors, even evil ones in a very Biblical sense.  But Cutler and those who supported him thought they were doing really critical research on a very important medical problem of the day.  It is the structure of medical research, the racist beliefs about human difference, and the power given the physician/researcher that made the studies in both Guatemala and Tuskegee possible.  I was so struck when the story of the studies in Guatemala broke, a very ethical physician in Egypt said to a colleague of mine, “Oh no, not our Dr. Cutler.” That is he had worked with Cutler on really important sexual health issues and had always seen him as progressive. My job as an historian, as the teller of this tale, is to help us all see why Cutler is not so easily dismissed as merely a bad guy, the monster doctor off on his own on some island.  He is/was so easily us. And that is what we need to confront.