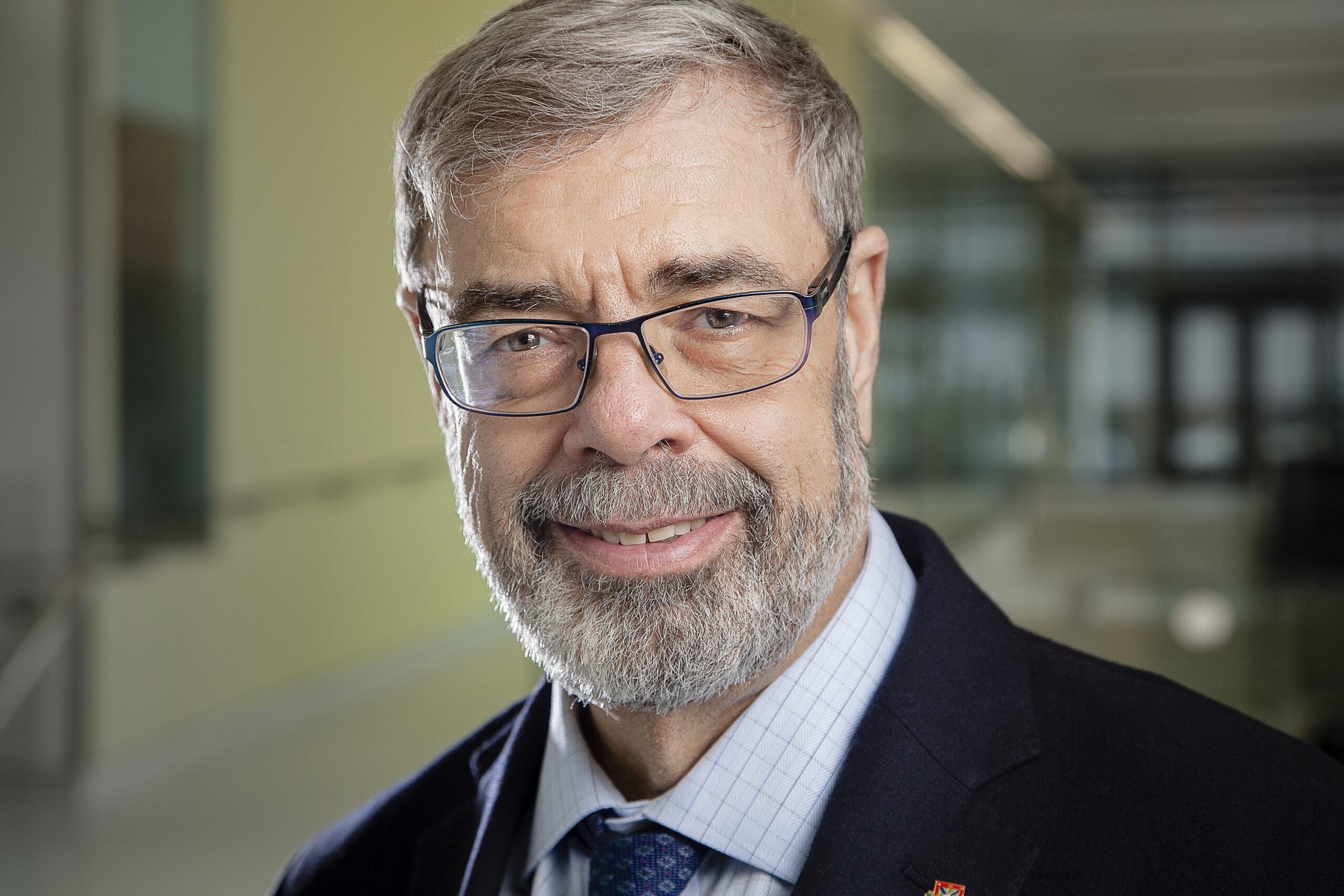 Born in Montreal, Dr. Richard Reznick received his undergraduate and medical degrees from McGill University and earned a Masters’ degree in Medical Education from Southern Illinois University. Following residencies in general and colorectal surgery, he became the founding director of the Centre for Research in Education in the Faculty of Medicine at the University of Toronto. In 1999 Dr. Reznick was appointed Vice President of Education at University Health Network. After serving eight years as the R. S. McLaughlin Professor and Chair of the Department of Surgery at the University of Toronto, he became Dean of the Faculty of Health Sciences at Queen’s University. Dr. Reznick is currently President-Elect of the Royal College of Physicians and Surgeons of Canada.
On November 4 at 6pm Dr. Reznick will deliver the 43rd Annual Osler Lectureship, with a talk titled “’Make no little plans’: how a systems-based approach can transform medical education.” In his talk, Dr Reznick will identify both what’s at stake and what it will take to create urgently needed changes to improve the training in medical residency programs by moving to a competency-based system. Drawing on his experiences as Dean of Health Sciences at Queen’s University, he will discuss how a systems-based approach transformed postgraduate medical education across twenty-nine residency programs, and how the Queen’s experience can inform national and international efforts to address the current pedagogical crisis.
Dr. Reznick took some time to answer some questions for us ahead of his lecture.
Your career path is intriguing and different from that of many McGill-trained physicians. After earning your medical degree from McGill in 1977 you earned a Master of Science degree in medical education in 1986.  What was the impetus behind your decision to study education?  How, if at all, has your multi-disciplinary training shaped your experiences as a clinician, researcher, and dean?

It’s a bit of a long story, but to make it short, after medical school I pursued surgical training, and upon completion went out into community practice for a few years. During that time, I decided I wanted to pursue a career in academic surgery, and that by necessity would require further training. I decided to do clinical subspecialty training in colorectal surgery, and in thinking about what kind of academic training I wanted to acquire, came up with the idea of becoming a “specialist” in education. I tested that notion with several senior surgeons in Toronto, and uniformly received encouragement. I was introduced to a surgeon who was the head of the department at Southern Illinois University (SIU), and is regarded as the “grandfather of surgical education,” and so I decided to pursue further training at SIU, and in so doing received a masters degree as a qualification. Frost’s proverbial “I took the road less traveled by… and that has made all the difference,” very much applies to me, because at that time, pursuing a degree in education was very unusual, especially for surgeons. But it has made all the difference, and there’s little chance that I would have been able to accomplish what I have, had I not pursued the formal training.

Your talk will discuss the crisis caused by a precipitous decline in training hours for medical residents. Can you explain why this decline occurred? Could the circumstances that gave rise to this decline happen again & to what effect?

The events of the late 1980s and 1990s fundamentally changed the playing field for postgraduate training. Prior to that, there were no work hour restrictions, and in some disciplines, especially the surgical disciplines, it was typical of a resident’s workweek to be in excess of a hundred hours. In 1984, a young woman named Libby Zion died in the New York Hospital. Her death was attributed by many to have been, in part, caused by house staff who were both over-worked and under-supervised. The case not only had reverberations in New York State, but literally the entire United States, and soon thereafter, around the world. That has led to a global sea change which has seen work hours restricted for residents, globally, to between 50 and 80 hours per week. In addition, the entire patient safety movement evolved coincident with these changes and resulted in the situation where the amount of independence trainees are given has been sharply reduced. The last 20 years have seen multiple initiatives to attempt to replicate training as it used to be, but within the confines of a much-reduced work week. In my view, that has set the stage for the need for new systems of training such as competency-based education (CBME).

What are the main advantages of moving to a competency-based system, compared to the traditional system?  Do you see the Queen’s ‘model’ as a case study that could inspire change at other medical schools?

Competency-based education is not new and has been used in multiple educational environments since the 1960s. It takes the focus away from time on training, to a focus wherein training is designed to achieve the requisite competencies to perform in one’s chosen specialty. In my view, if implemented correctly, competency-based education has several advantages. It mandates, possibly for the first time in decades for some programs, a serious review of the curriculum. It makes criteria for advancing from one stage of training to the next exquisitely explicit. It mandates augmented faculty–resident engagement. It dramatically ramps up assessment, so that there is confidence in proclaiming competence as a result of direct observation. It results in resident empowerment. And finally, it makes explicit the financial costs of teaching. In my view, taken collectively, these elements comprise the value proposition for a move towards CBME.

In health education, a key goal is to improve patient care. How does moving to this system benefit patients?

It would be fair to say, that as of today, there is no direct evidence that a widescale transition to competency-based education results in improved patient care. That said, I’m quite confident, that there is inferential evidence, that when more uniformly adopted, it will indeed result in patient benefits. The major rationale for the statement, is that the CBME movement mandates being very explicit about what it takes to be an excellent practitioner, and equally mandates that supervisors have to sign off, through direct observation, on the requisite competencies needed to be that excellent practitioner. At its heart, this is a quality assurance mechanism that we have not had, in any systematic way, in resident education before. In addition, because one takes away the time element, and if one assumes that highly talented individuals can be successful in their pursuit, then CBME affords them the opportunity to both take the time needed, and in some cases, have stylized learning plans to achieve what they need to achieve. All patients want doctors who are competent. The promise of CBME is that we can fulfill this societal mandate through the rigours of curricular review, defining what we mean as “competent” and then measuring it to assure it has been achieved.