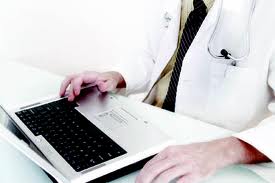 As the 20 patients in Pisa, Italy, waited to undergo thyroid surgery, they descended into unconsciousness thanks to a cocktail of anaesthetic drugs delivered from a surprising destination. The infusion machines in Pisa were controlled remotely by specialists in Montreal, a unique experiment in “transcontinental anaesthesia” that could eventually make operations safer in isolated communities, a new study indicates.

The McGill University doctors adjusted doses of drugs, monitored vital signs, watched the patient on webcams. The Montreal doctors even guided the breathing tube into place, linked to Italy via laptop computers and the Internet. The procedures went off without a hitch, researchers from both centres reported in the British Journal of Anaesthesia. Backup anaesthesiologists were at the ready in Pisa, though, in case of a break in the Internet connection or other glitch, according to the paper.

More than just an intriguing display of modern technology in the operating room, the system could one day be employed in remote parts of Canada or the developing world, where anaesthesia is often now handled by non-specialists, said Dr. Thomas Hemmerling, the McGill professor who spearheaded the study.