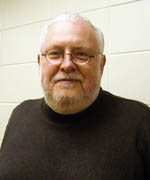 “These awards are our way to acknowledge the exceptional contributions made by these individuals,” says Dr. Elizabeth Eisenhauer, Co-Chair of the CCRA. “We are proud to highlight their achievements and the remarkable impact they have had on cancer research and the cancer research community.”

The awards will be presented during the CCRA’s Canadian Cancer Research Conference being held in Toronto from November 27-30, 2011. For more information, please go to http://www.ccra-acrc.ca/default_en.htm.

More about Dr. Philip E. Branton, Montréal, QC: Phil Branton is the Gilman Cheney Professor of Biochemistry at the Faculty of Medicine at McGill University. He chairs the International Advisory Board of the University Hospital Network (Toronto) and the Scientific Advisory Committee of the Terry Fox Research Institute. From 2000-2008, Dr. Branton was the inaugural Scientific Director of the Institute of Cancer Research of the Canadian Institutes of Health Research. He is founder and a past Chair of the Canadian Cancer Research Alliance and past Chair of the Research Action Group of the Canadian Partnership Against Cancer. He was also co-founder of GeminX Biotechnologies Inc. of Montreal, which had two anti-cancer drugs in the clinic and was sold recently to Cephalon. Dr. Branton is well known internationally for basic research on human adenoviruses, cell death, protein degradation and tumour suppressors. He is a Fellow of the Royal Society of Canada and was awarded the R.M. Taylor Medal from the Canadian Cancer Society and the former National Cancer Institute of Canada in 2005.
More about Dr. Anthony J. Pawson, Toronto, ON: Tony Pawson is a Distinguished Scientist at the Samuel Lunenfeld Research Institute of Mount Sinai Hospital, and Professor in the Department of Molecular Genetics at the University of Toronto. His research has underpinned our understanding of the mechanisms by which cancer-causing oncoproteins can re-wire cellular signaling networks to induce inappropriate cell growth and movement, and has revealed new approaches to targeted therapy. Dr. Pawson has received a number of awards, including the Robert L. Noble Prize, the AACR/Pezcoller Prize, the Heineken Prize, the Royal Medal of the Royal Society of London, the Killam Award, the J. Allyn Taylor Prize, the Louisa Gross Horwitz Prize, the Wolf Prize in Medicine, and the Kyoto Prize in Basic Science. He is an Officer of the Order of Canada, and has been appointed to the Order of Companions of Honour by Queen Elizabeth II.
More about Mr. André Picard, Montréal, QC: André Picard is the public health reporter at The Globe and Mail and the author of three best-selling books. He has received much acclaim for his writing and for his dedication to improving healthcare. In 2010 Mr. Picard was awarded the National Newspaper Awards as Canada’s top newspaper columnist. Among his other accolades, André received the “Outstanding Leadership in Cancer Control Prize” from the Campaign to Control Cancer and he was named Canada’s first “Public Health Hero” by the Canadian Public Health Association.
The Canadian Cancer Research Alliance

The Canadian Cancer Research Alliance (CCRA) is comprised of 31 organizations that collectively represent the custodians of the majority of taxpayer dollars and donations devoted to investing in research that will lead to better ways to prevent, diagnose, and treat cancer and improve survivor outcomes. Its membership includes federal research funding programs/agencies, provincial research agencies, provincial cancer care agencies, and national cancer charities. CCRA is motivated by the belief that, through effective collaboration, Canadian cancer research funding organizations can maximize their collective impact on cancer control and accelerate discovery for the ultimate benefit of Canadians affected by cancer. The CCRA Secretariat is funded by the Partnership and the CCRA Board serves as the Partnership’s Research Advisory Group.

The Canadian Cancer Research Alliance is supported by the Canadian Partnership Against Cancer
through a financial contribution from Health Canada.

For more information or to arrange an interview, please contact: