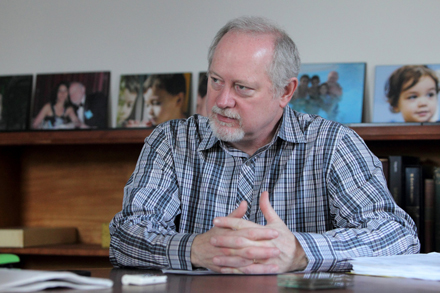 Guy Rouleau, the new Director of the Montreal Neurological Institute and Hospital, can pinpoint exactly when he became interested in the brain. “July 1980,” said Rouleau. “I was an intern and did a rotation in neurology at the Montreal General Hospital. I was fascinated.”

Rouleau, who has filled the void at the helm of The Neuro left by David Colman’s untimely death in June 2011, said certain “inherent limitations’ also helped steer him toward the neurosciences. “I’m very bad with my hands so there was no way I could be a surgeon,” he said with a laugh. “And I’m not very visual so I couldn’t be a dermatologist or anything where you had to be very good at pattern recognition.

Instead, he gravitated toward neurology because “it was very abstract and complex.” Taking up the challenge, Rouleau has spent the last 30 years deciphering the brain’s abstractions and bringing new understanding to its complexities.

Read the full article from the McGill Reporter