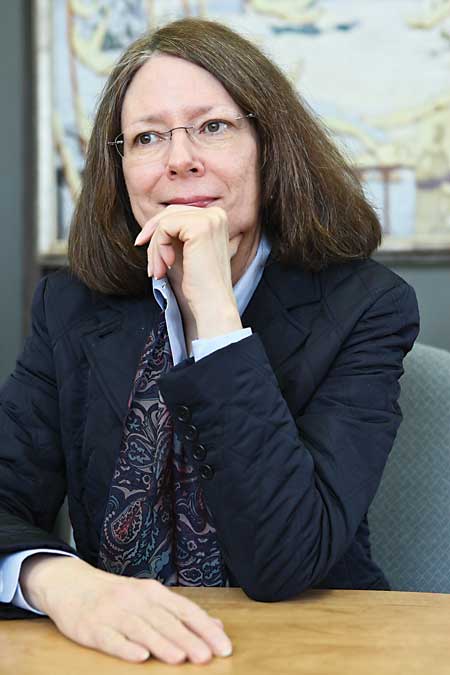 Because of the way library use is changing in an increasingly digitized world some of McGill’s library spaces are slated to undergo changes this summer. The University’s financial situation and the consequent budget cuts to all units have accelerated the time frame for these changes but did not alter the general direction. The Reporter sat down with Colleen Cook, Trenholme Dean of Libraries, to get a fuller sense of what is prompting these changes, why they have to occur in such a short time frame and how they present opportunities for improving student study space while still ensuring that librarians continue to play a vital role in teaching and research and are present to provide services to students and faculty.
What is driving change in our libraries?
New technologies are the clear drivers and budgetary realities have put the changes on a fast track. The University has introduced a Voluntary Retirement Program as an incentive for administrative and support staff to retire from their positions. Forty-five per cent of our support and administrative staff is eligible for this program. We have a total of about 130 library admin and support staff. We anticipate that 25 to 40 library staff members eligible for the program will opt for it. Because of the current hiring freeze we won’t be able to replace those who retire. I cannot ask academic staff, that is, librarians, to do the work of unionized support staff. Neither can I ask student casuals to do it.

If I don’t have the people to do support staff work, then I have to reduce the number of spaces where that work has to be done. So, then we look at what physical library spaces are used the least in terms of gate-count. Life Sciences and Education are among the lowest in terms of gate count and use of print books, and, loans is going steadily down.

During the last Senate meeting, the Provost was receiving in real time changes to our funding being proposed by the Quebec government. I, as a Dean, received my information on the actual budget cuts to be made within the past three weeks, but I have been working with various scenarios in anticipation of cuts. In our case there is an additional complication: if we are going to make physical changes to library spaces, these can only be done during the summer months, not in September.

Read the full story from the McGill Reporter