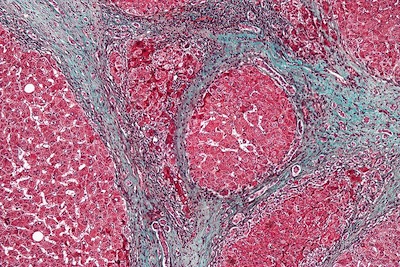 Research into range of mutations provides clues to improve treatment

A team of international researchers, led by Matthias Götte from McGill’s Department of Microbiology and Immunology, believes it has found a key factor in understanding why certain drug-resistant strains of the hepatitis C virus are seen so frequently, while others are rarely detected.

It has been estimated that 170 million people around the world are infected with the hepatitis C virus (HCV). Close to 300,000 of them live in Canada. Chronic infection with the virus is associated with severe liver disease, including cirrhosis and cancer. Unlike hepatitis A and B, there is currently no vaccine to prevent people from catching the disease. Although new medications show great promise in curing HCV infection, the virus is able to develop resistance to each class of antiviral drugs. And as a result, treatment may fail.

It was already known that humans are not infected by a single species of virus, but rather by billions of different, mutant viruses that sometimes differ from one another only by a single nucleotide, i.e. the basic building blocks of viral RNA. The researchers have now demonstrated that the viral polymerase, the enzyme responsible for copying sequences from RNA, is inaccurate in the way it replicates these sequences and as a result generates mutations when connecting one nucleotide after the other. “The surprising finding we had is that some mutations are much more easily made than others,” says Götte.

They next submitted HCV RNA samples taken from infected patients to sequence analyses and were able to distinguish between rare and common types of mutations. Together, the data suggest that the bar for the development of drug resistance is much higher if rare mutations are involved. This study has therefore important implications for the development of potent drug combinations that are less likely to result in the emergence of resistance.

The research was funded by: Cancer Research Society, Canadian Institutes of Health Research

The paper describing the research was published by the Proceedings of the National Academy of Sciences (PNAS).

To read an abstract of the paper: http://www.pnas.org

PHOTO: High magnification micrograph of a liver with cirrhosis, a complication of hepatitis C. (Wikimedia Commons)