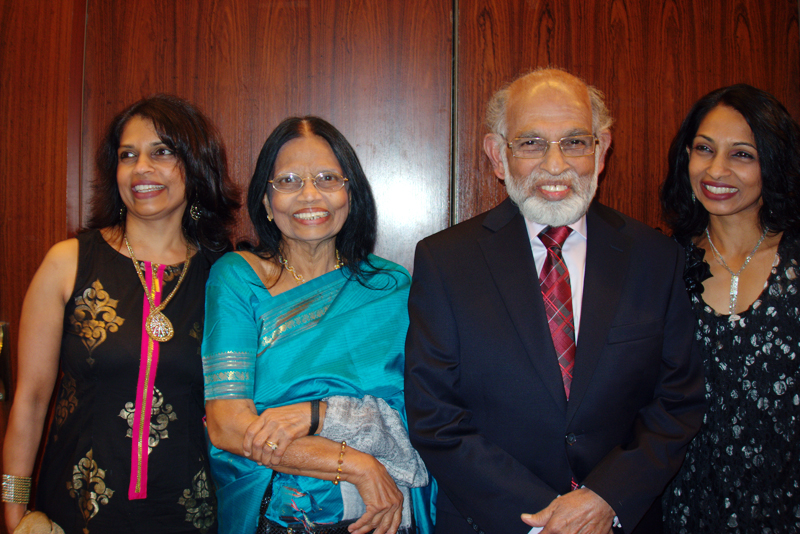 The Douglas Institute is proud to announce that the Canadian Psychiatric Association has acknowledged the exceptional contribution made to mental health by Dr. Vasavan Nair, MD, FRCPC, FRCP (U.K.), FRC Psych (U.K.), DPM, Medical Chief of the Program for Dementia with Psychiatric Co-morbidity. Applauded for his contribution to research in the field of memory and aging, Dr. Nair is one of several psychiatrists, psychiatric residents, and individuals who were recognized at the Canadian Psychiatric Association’s annual congress.

Dr. Nair is a well-respected psychiatrist who began his career at the Douglas in 1972 as Coordinator of Research Services under Dr. Heinz Lehmann, then Director of Research Services. Since then, he has been Director of the Research Centre, first Director of the Department of Psychiatry, and made significant research contributions. With respect to teaching, Dr. Nair has participated in training psychiatrists and WHO fellows from developing countries in research methodology in psychiatry.

To mark the celebratory evening, Dr. Nair was surrounded not only by his family, but also by Douglas Institute colleagues, such as Dr. Suzane Renaud (Past President of the Association), Dr. Mimi Israël, Dr. David Bloom, Dr. René Desautels, as well as CEO and Executive Director Lynne McVey.

It is of note that former NHL star Sheldon Kennedy was among the other laureates of the evening. Known for speaking out against abuse he had experienced from his Major Junior Hockey League coach, Mr. Kennedy received the President’s Commendation for promoting mental health nationally.

Congratulations to Dr. Nair for this well-deserved honour!