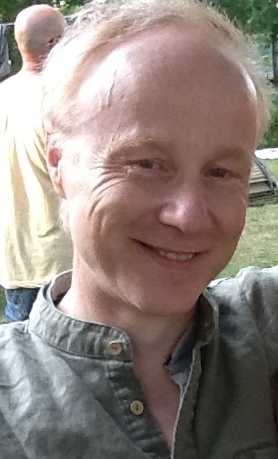 Professor Paul Clarke has been awarded the 2012 Principal’s Prize for Excellence in Teaching in the Full Professor category. Each Faculty was permitted to nominate only one candidate in each of the four categories. The award ceremony occurred during this years’ Fall Convocation. Each laureate will receive $5,000.

The Principal’s Prize for Excellence in Teaching, established to recognize excellence in teaching and its importance to the academic experience of students at McGill University, is traditionally awarded at Fall Convocation at the Faculty Lecturer, Assistant Professor, Associate Professor and Full Professor ranks.

Dr. Paul Clarke received an MA in Experimental Psychology from University of Cambridge and a PhD in Behavioural Neuroscience from University of London’s Institute of Psychiatry. He did postdocs at the National Institute of Mental Health (Biological Psychiatry Branch) in Bethesda, USA, and at UBC (Neurological Sciences). He is currently Professor in the Dept of Pharmacology and Therapeutics at McGill University.

Dr. Clarke contributed to the ground-breaking 1988 U.S. Surgeon General’s Report which identified nicotine addiction as a consequence of cigarette smoking. More recently, he has contributed to smoking-related reports of the Royal Society of Canada and Royal College of Physicians (UK).

His research is mainly focused in brain mechanisms underlying dependence on drugs and tobacco. This work, which is conducted mostly in rats, has provided information about: the anatomical localization of brain nicotinic receptors, particularly in relation to mesolimbic dopamine neurons; the role of these neurons in arousing and rewarding effects of nicotine; the discovery of a compound that blocks brain nicotinic receptors in a quasi-permanent manner; and the finding that rewarding and arousing effects of psychomotor stimulants and nicotine are anatomically segregated in the brain.