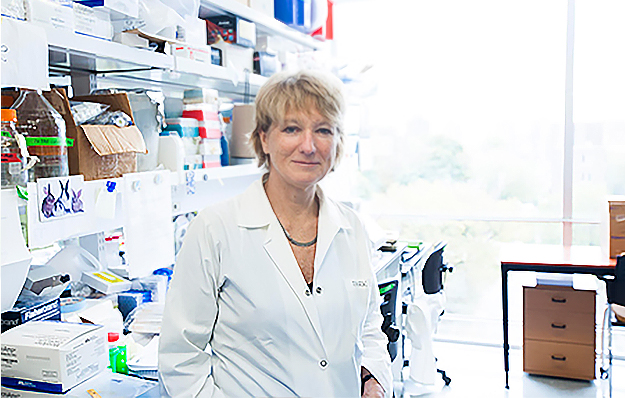 Dr. Morag Park, Professor of Biochemistry, Medicine and Oncology and Director of the Goodman Cancer Research Centre at McGill, is the recipient of the Canadian Cancer Society 2017 Robert L. Noble Prize, as announced on March 8.

The Canadian Cancer Society has honoured Dr. Park for her role as a leader in Canadian cancer research, being widely recognized for identifying key events in cancer development and the importance of a tumour’s surroundings for cancer growth, as well as her exceptional leadership in establishing national cancer research strategies.

The Robert L. Noble Prize is given for outstanding achievements in basic biomedical cancer research in honour of Dr. Noble, an esteemed Canadian investigator whose research in the 1950s led to the discovery of vinblastine, a widely used anticancer drug. The award comes with a $20,000 contribution to the recipient’s research program.