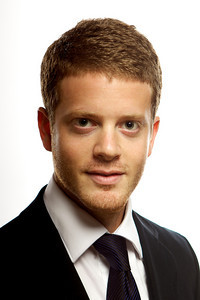 The Poliquin competition is open to residents training in a Canadian otolaryngology program and recognizes, in memory, the name of Dr. Jacques Poliquin, who was a prominent otolaryngologist, researcher, and educator. The goal of the competition is to foster high quality research and innovation as an important element of residency training and to highlight impactful research by trainees and acknowledgement through awards.

“Winning the national Poliquin competition was a huge shock and a huge honour for myself and my department,” says Dr. Roskies. “This project was a combined effort of many talented people from two different specialties. It is a testament to team work and the passion we have to creating new technologies to help our patients not just in the future, but today.”

Dr. Roskies graduated from McGill University’s Faculty of Medicine in 2012 and is a past recipient of the Alexander D. Stewart prize as voted on by his peers and professors.  In addition to completing his residency at McGill, he is also pursuing his Master’s degree in tissue engineering, studying a combination of stem cell and 3D printing technologies for facial reconstruction in the hopes of helping patients having just undergone major cancer surgeries. In his spare time, he trains to compete in Ironman triathlons and runs a blog with his fiancée Marissa called fitlanthropy.ca which profiles people getting fit for a good cause.