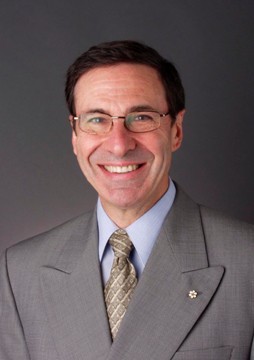 Dr. Mark Wainberg has been elected a Fellow of  the American Association for the Advancement of Science (AAAS).

In November 2011, the AAAS Council elected 539 members as Fellows of AAAS. These individuals will be recognized for their contributions to science and technology at the Fellows Forum to be held on 18 February 2012 during the AAAS Annual Meeting in Vancouver, British Columbia. The new Fellows will receive a certificate and a blue and gold rosette as a symbol of their distinguished accomplishments.

Dr. Wainberg is being honoured for distinguished contributions to HIV drug development and studies of drug resistance and for striving to make HIV drug access a reality for all.

Congratulations on this well-deserved recognition of his accomplishments.

A full list of the newly elected Fellows can be found here: http://www.aaas.org/aboutaaas/fellows/2011.shtml.