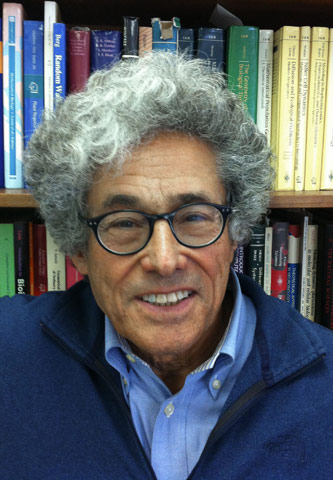 “As someone who was educated in New York City public schools and at Brooklyn College (a public college that is now part of City University of New York), it was an honour for me to be selected as a Distinguished Alumnus,” said Dr. Glass, who was born and raised in Brooklyn. “And it was exciting to see the new generation of graduates, many from families of modest financial means that are striving for excellence in our competitive society,” he continued after delivering the commencement address at the 2015 convocation.

One of the world’s leading theoretical biologists with the distinction of having made several scientific discoveries that are named in his honour.

His work involves the use of mathematical and physical approaches to study human cardiovascular, genetic, neural and visual systems, with possible practical applications in the treatment of atrial fibrillation, cardiac arrest, Parkinson’s disease, epilepsy and neutropenia. In 1969, he made a major discovery, known now as “Glass patterns,” that clarified understanding of how the human brain processes visual stimuli. This scientific advancement was featured on the Dec. 7, 1973, cover of Nature. In a 1977 article in the journal Science, Dr. Glass and his colleague Michael Mackey introduced an equation, now called the “Mackey-Glass equation,” that illuminates how simple control mechanisms can lead to complex bodily rhythms such as the fluctuations in the number of circulating blood cells.

Dr. Glass’s numerous accomplishments have earned him a 1994 Guggenheim Fellowship, the 2003 Jacques-Rousseau Prize for Disciplinary Research from the Association Francophone pour le Savoir (ACFAS), the Society for Mathematical Biology’s 2013 Arthur T. Winfree Prize, and a 2015 Lady Davis Fellowship at Jerusalem University. Additionally, he is a Fellow of the Royal Society of Canada, the American Physical Society, the Society of Industrial and Applied Mathematics, and the American Association for the Advancement of Science.

Dr. Glass is the coauthor of two books, one of which, From Clocks to Chaos: The Rhythms of Life (Princeton, 1988), has been translated into several languages. He has published more than 200 peer-reviewed articles that have appeared in many of the world’s most prestigious scientific journals and publications. He holds several patents, including an algorithm to detect cardiac arrhythmias that is now used in medical devices.