Less than two years after earning his medical degree from McGill, Duvernay-Tardif comes up clutch in the NFL’s biggest game 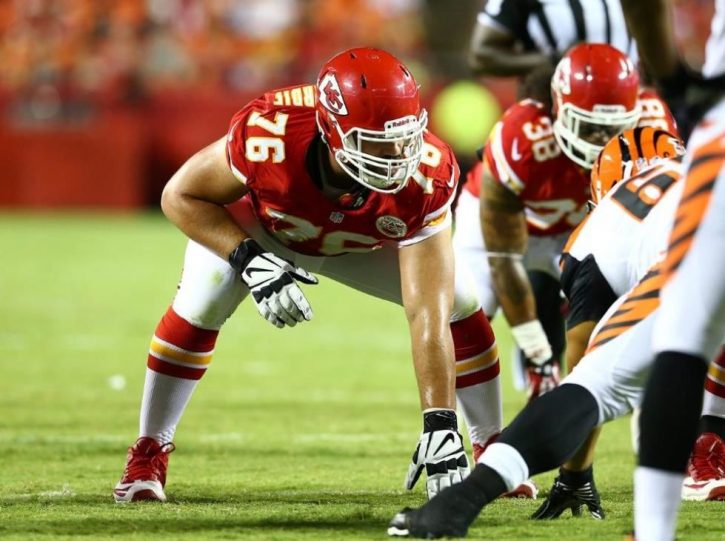 He is a doctor. He is a Knight (of Quebec). And now, following the Kansas City Chiefs’ 31-20 win over the San Francisco 49ers in Super Bowl LIV, Laurent Duvernay-Tardif is a Super Bowl champion.

Duvernay-Tardif, who earned his medical degree from McGill in 2018, is the first MD to win a Super Bowl title. He is also the first member of the McGill community to hoist the NFL’s Vince Lombardi Trophy.

Playing in front of 62,417 fans in Miami Garden’s Hard Rock Stadium and an estimated 100 million television viewers worldwide, Duvernay-Tardif and his Chief teammates won just the second Super Bowl title in franchise history and the team’s first in 50 years. The 6’5”, 320-pound guard helped anchor a Chiefs offensive line that struggled early against the No.1 defence in the NFL, but came up big when Kansas City needed it most.

Trailing 20-10 in the fourth quarter, the Chiefs offense came to life, scoring three unanswered touchdowns in just over six minutes to close out the win.

Chiefs quarterback Patrick Mahomes, the man Duvernay-Tardif and his fellow offensive linemen were entrusted to protect, finished 26-of-42 for 286 passing yards and two passing touchdowns, adding 29 rushing yards and a score on the ground. Mahones became the youngest quarterback to be named Super Bowl MVP.

Just minutes after game’s end, a jubilant Duvernay-Tardif talked about the Chiefs’ comeback – the third-straight game KC has overcome a deficit of 10 points or more. “It’s unbelievable,” he told TSN’s Super Bowl panel. “We were down 10 points and we came back, scored three touchdowns in the fourth quarter. In a blink of an eye we were back in this thing. It’s awesome. I think it shows our character and how awesome Pat [Mahomes] is in the backfield.”

“When you have a great leader everybody keeps their poise,” he continued when asked about Mahomes’ cool under pressure. “He was calm, he was making the calls, making the reads, making the throws, making the plays. It’s awesome to be able to protect for a guy like that. It’s a privilege.”

The panel asked Duvernay-Tardif about his medical degree, and what would come next. Laughing, Duvernay-Tardif said he would need “XXXXXL gloves” to put over his Super Bowl ring when working at the hospital.

Turning to the camera, Duvernay-Tardif showed his gratitude to his legion of fans back home. “Thank you for the support Canada. It’s been an awesome journey. Thank you so much.”

Childhood dreams of Stanley Cups and Grey Cups… but a Super Bowl?

Winning the Super Bowl is a dream come true for Duvernay-Tardif – although that dream came relatively late in his life.

In the days leading up to the game, Duvernay-Tardif admitted that growing up in Mont-Saint-Hilaire, the athletic daydreams of his childhood did not include hoisting the Vince Lombardi trophy. “Maybe the Stanley Cup or the Grey Cup, but for sure not the Super Bowl,” he told reporters. “But the moment you get drafted in the NFL and you go through the grind of training camp, OTAs (organized team activities) and the season, you cannot go through that without having that vision of going all the way to the top.”

Duvernay-Tardif has been a media favourite since the Chiefs selected him in the sixth round of the 2014 NFL draft. Just the 10th Canadian to ever be drafted in the NFL, he was also in the midst of earning his medical degree at McGill. A 300-pound French Canadian medical student who had been home-schooled while on extended family sailboat voyages was dubbed “the most interesting man in the NFL.” 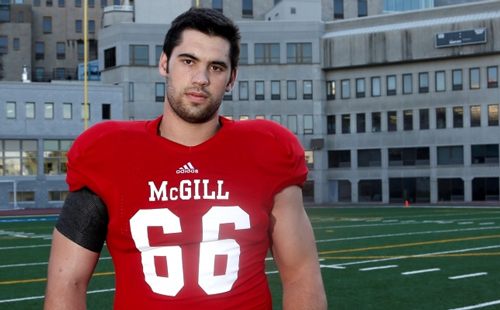 Justifying his coach’s confidence in him

Following the draft, rather than put his studies at McGill on hold, Duvernay-Tardif told the Chiefs of his plans to pursue his degree during the offseason.

“Coach [Andy] Reid told me ‘I want to help you because I think this will make you a better man.’ I don’t think I could have graduated without Coach Reid’s flexibility and understanding,” Duvernay-Tardif told the McGill Reporter in a 2018 interview on the day he graduated, becoming the first active NFLer to earn a medical degree.

That confidence in Duvernay-Tardif was repaid tonight, as the hulking lineman helped Reid win his first Super Bowl title after 21 years as a head coach.

Duvernay-Tardif’s road to the Super Bowl has had its share of obstacles. The 2019 season was a comeback year for Duvernay-Tardif who missed most of 2018 with a broken leg and torn ligaments in his ankle.

But Duvernay-Tardif almost didn’t make it to the NFL at all. He almost gave up football in his first year at McGill to concentrate on improving his English. The demands of varsity football and medical school – especially for a Francophone in an English school – was almost too much.

Instead Duvernay-Tardif persevered, doing what many people deemed impossible by balancing his two passions.

At McGill, Duvernay-Tardif’s commitment is the stuff of legend.

People still talk about how he would go straight to the stadium at the end of late-night shifts at the hospital so as not to miss morning practice. Entering the locker room using keys especially made for him, Duvernay-Tardif would make a bed out of towels and catch a few hours of much-needed sleep on the floor, knowing his teammates would wake him up in time to get suited up for practice.

Just days before the Super Bowl, Duvernay-Tardiff was asked by a CNN reporter what kept him going in the years where he was juggling his studies at McGill with his time on the Chiefs. “I think it was that vision. I always wanted to be a student-athlete,” he said.

“A lot of people told me I was going to have to choose at one point. Just to show all the kids out there that it is possible to have two passions and to combine them at the highest level – I was doing it for me, but I was also doing it for them – It was my dream. When you have two passions, you don’t count the hours. You just make it happen.”

And make it happen, he did. Dr. Laurent Duvernay-Tardif, Super Bowl champion.