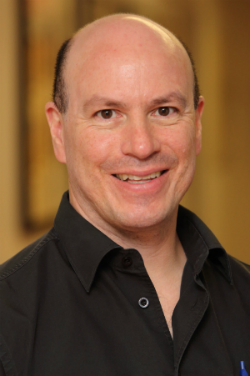 We are pleased to announce the appointment of Dr. Kent Saylor to the position of Director, Indigenous Health Professions Program (IHPP) at the Faculty of Medicine, McGill University.

Reporting directly to the Dean of Medicine, in his role as Director Dr. Saylor will work to ensure the program’s primary objective – to increase the number of Indigenous students in all health-related professional programs offered at McGill, based on Indigenous needs and priorities – is met. Responsible for the overall planning and implementation of the program, Dr. Saylor will also initiate and oversee outreach to Indigenous youth, engagement of Indigenous communities both within and beyond the McGill RUIS network and partnerships with various McGill programs, departments and faculties. He will provide mentoring and support to Indigenous students and help them access available resources and implement activities to help ensure the successful completion of their studies.

After obtaining his MD from Stanford University in 1994, Dr. Saylor completed residencies in pediatrics at the University of Washington and McGill. In 2000, he joined McGill’s Faculty of Medicine as an Assistant Professor in the Department of Pediatrics and as an attending physician in the Division of General Pediatrics at the Montreal Children’s Hospital.

Since his arrival at McGill, Dr. Saylor has dedicated himself to serving Indigenous communities. He has served as a consultant pediatrician for Cree and Inuit children of James Bay and Hudson Bay and for the Mohawk children of Kanesatake. Dr. Saylor continues to serve as Pediatric consultant at several community clinics near Montreal, including Kahnawake and Akwesasne. Since 2014 he has been Director of the Indigenous Health Curriculum at McGill.

Dr. Saylor’s interests focus primarily on Indigenous health issues, and he has published widely on that topic. He has lectured on Indigenous health to medical students, faculty and in the community, on subjects ranging from renal disease among Indigenous peoples to fetal alcohol syndrome to the health impact of residential schools on Indigenous patients. His lectures and workshops on Indigenous history and social and health issues have provided valuable context for the faculty, residents and students who treat this patient population. A longtime member of the Canadian Paediatric Society’s First Nations, Inuit and Métis Health Committee, Dr. Saylor served as Chair from 2005 to 2009.

Dr. Saylor has mentored a number of Indigenous medical students at McGill and through his work in Indigenous communities has reached out to prospective students. He has also been involved in initiatives to encourage Indigenous students to consider health care careers, including the Eagle Spirit Camp which brings Indigenous youth to McGill each year to introduce them to the Faculty and the city of Montreal. He is currently developing a summer school program to help Indigenous students hone their math and science skills.

The 2016 recipient of McGill’s Haile T. Debas Prize, in 2012 Dr. Saylor received the first Peter Henderson Bryce Award from the First Nations Child and Family Caring Society of Canada for leadership in promoting the safety, health and well-being of First Nations, Métis and Inuit children and youth.

We are delighted to welcome Dr. Saylor into the role of Director of IHPP. Please join us in wishing him every success.