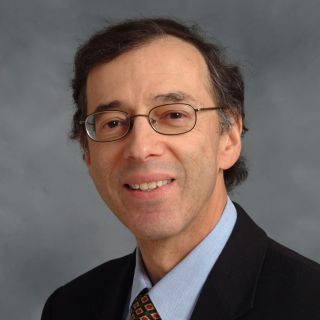 Dr. I. George Fantus, Professor in the Department of Medicine at McGill University’s Faculty of Medicine and Director of the Division of Endocrinology and Metabolism at the McGill University Health Centre (MUHC), was honoured as the 2019 recipient of Diabetes Canada’s Lifetime Achievement Award, during their recent conference held in Winnipeg in early October.

“It is a great honor to receive the Diabetes Canada 2019 Lifetime Achievement Award,” says Dr. Fantus, who is also a senior scientist at the Research Institute of the MUHC. “Looking at the list of previous awardees is a humbling experience. To be considered amongst these accomplished individuals, such as my own role models and mentors, Dr. Barry I. Posner and the late Dr. Mladen Vranic, is a dream come true.  I have been most fortunate to have a career combining my love of science with caring for people as a clinician-scientist.  Being able to contribute to both is truly rewarding.”

Diabetes Canada established the Lifetime Achievement Award in 2007 in order to recognize Canadian achievement for a lifetime commitment to research excellence.  The award is bestowed upon a prominent Canadian MD or PhD medical scientist who is recognized and nominated by his/her peers for longstanding contribution to the Canadian diabetes community and is a leader in diabetes research.

“We are nearing the 100th anniversary of the discovery of insulin, the most significant milestone in the treatment of diabetes,” explains Dr. Fantus. “Yet over the past almost four decades of my involvement in diabetes research, we have witnessed tremendous advancements in our understanding of metabolism as well as in technology, insulin analogues and new drugs to treat people with diabetes. All of these results from investments in basic research as a first step and this must be emphasized.  We continue to live in exciting times with genetics, “omics”, systems biology and artificial intelligence (AI) combining with traditional cell biology and physiology to generate the new knowledge required to deal with the now global “epidemic” of diabetes, as well as institute a more “personalized” medicine approach to treatment.”

Dr. Fantus completed his undergraduate medical degree at McGill, where he remained for  postgraduate clinical and research training at McGill, completing additional training at the National Institutes of Health (USA) and the University of Toronto. He was then appointed to McGill and the Royal Victoria Hospital (RVH). He received a Senior-Chercheur Boursier from the FRQS and became Director of the Metabolic Day Centre at the RVH and Associate Director of the Polypeptide Hormone Laboratory. He was subsequently recruited to the University of Toronto Department of Medicine at Mount Sinai Hospital and the Lunenfeld-Tanenbaum and Toronto General Research Institutes. At the University of Toronto, he was Professor of Medicine and Physiology, served as Director, Division of Endocrinology and Metabolism (2001-2008) and Associate Dean, Research, at the Faculty of Medicine (2007-2015).

Dr. Fantus returned to McGill in 2018. He has served as a member of the council, Vice-Chair and Chair of the Professional Section of Diabetes Canada and was a founding member and editor of the Canadian Journal of Diabetes. He received the Young Scientist Award and the Gerald S. Wong Service Award from Diabetes Canada. He is an elected Fellow of the Canadian Academy of Health Sciences.

“While I greatly appreciate this recognition, I must thank the students, fellows, research associates, collaborators and colleagues as well as Diabetes Canada and the Canadian Institutes of Health Research,” notes Dr. Fantus. “They all share credit for this award.  Finally, although this award is received in the later stage of one’s career, I still enthusiastically look forward to significant new breakthroughs in diabetes research over the next few years.”

With source files from Diabetes Canada