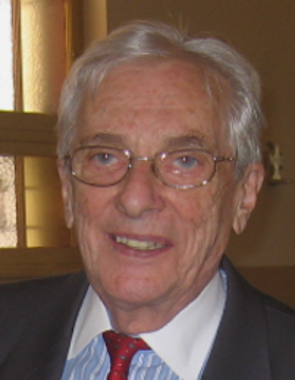 It is with great sadness that the family of Dr. Harvey Barkun announces his passing on Friday, July 17, 2020, at the age of 92 years. He was predeceased by his wife of 61 years, Yvette Granier.

Born and raised in Montreal, Dr. Barkun studied Medicine at the université de Montpellier in France (1956) before returning to McGill University for clinical training. Health care administration proved to be his true calling. Dr. Barkun was successively appointed medical director at St-Anne’s Hospital, the Queen Mary Veteran’s Hospital, and the Royal Victoria Hospital before being named chief executive officer of the Montreal General Hospital (1972-l1988). He also served as Associate Dean, Professional Affairs in the Faculty of Medicine at McGill University (1975-1997).

The Canadian socialized health care system had a staunch advocate in Dr. Barkun. While CEO of the Montreal General Hospital, he set up the first CLSC and helped develop departments of Community Health throughout the province. He was also the only Anglophone to sit on the Rochon Commission – a Ministry initiative that reshaped Quebec health care in 1987. Dr. Barkun moved to Ottawa in 1988 to become executive director of the Association of Canadian Medical Colleges (now the Association of Faculties of Medicine of Canada) where he defended the important role played by the country’s academic teaching hospitals.

After retirement, Dr. Barkun continued to fulfill his life-long passion for the French language and culture. Indeed, he dedicated his never-ending energy to promoting and protecting health services in French for Franco-Ontarians. As a member of the board of administration (1998-2011) and chair of the comité d’enseignement, Dr Barkun fought for the survival of the Hôpital Montfort in Ottawa by helping craft the expansion of the institution’s academic and research profiles. He was truly proud to receive the Bernard Grandmaître award as francophile of the year (2007) by the Assemblée de la francophonie de l’Ontario.

Dr. Barkun’s national and international accomplishments were rewarded with numerous accolades. He was an honorary Fellow of the Royal College of Physicians and Surgeons of Canada and the College of Family Physicians of Canada. He was also named Officer of the Order of Canada in 1995 and received two Queen Elizabeth II Golden Jubilee Medals in 2002 and 2012.

Dr. Barkun was a talented, passionate and righteous born leader with a wicked, dry sense of humor and an incredibly sharp mind until his passing. His life accomplishments bridged two cultures both professionally and personally. He leaves us, having impacted so powerfully through his generosity, compassion and open-mindedness on so many colleagues including his surviving twin sons who will miss him dearly.