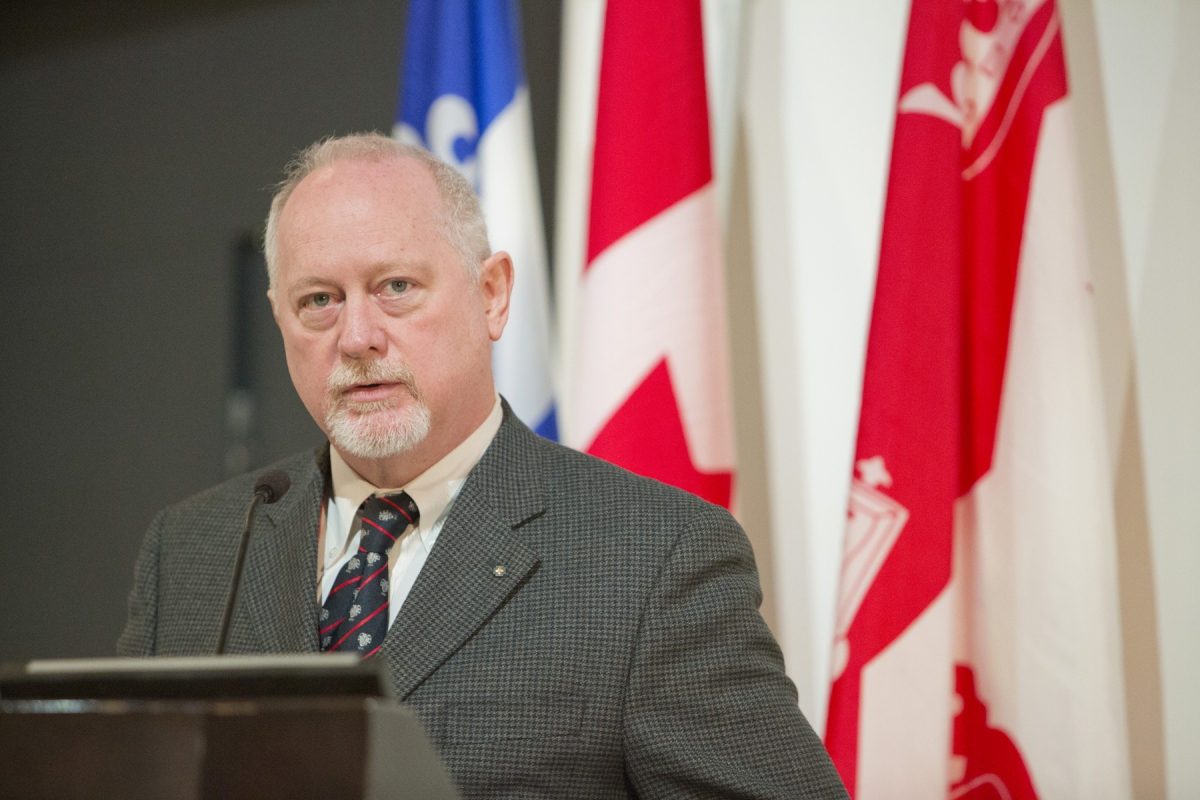 Dr. Guy Rouleau, Director of the Montreal Neurological Institute and Hospital at McGill University and the McGill University Health Centre, has been chosen to receive another major award recognizing his outstanding scientific career. The national organization representing Canadian francophone doctors, Médecins francophones du Canada, is bestowing on him its 2016 Prix de l’oeuvre scientifique.

The Prix de l’oeuvre scientifique recognizes the career’s work of a Canadian doctor whose activities and scientific publications have had a wide influence on domestic and international clinical practice, and on advancing medicine.

“In awarding this prize, our association would like to underlie Dr. Rouleau’s contribution to the advancement of medical knowledge and to recognize his entire scientific career,” says Dr. Marie-Françoise Mégie, president of the Médecins francophones du Canada, a Montreal-based organization dedicated to promoting humane, high-quality medicine through its network of members.

“I am honoured to accept this award from a prestigious organization such as Médecins francophones du Canada,” says Dr. Rouleau. “The previous scientists who have received the Prix de l’oeuvre scientifique have all made impressive achievements and I am proud to count myself among them.”

A contributor to some 600 scientific papers, Dr. Rouleau is well known internationally for his work in identifying genetic risk factors underlying amyotrophic lateral sclerosis (ALS), autism, schizophrenia and other neurological and psychiatric diseases. His laboratory has helped to explain the molecular mechanism of more than 20 genes that cause disease.

Dr. Rouleau’s many awards include the 2012 Prix du Quebec—Prix Wilder Penfield, named after The Neuro’s founding director; the Prix d’Excellence du Collège des Médecins du Québec; and the Henry Friesen Prize from the Royal College of Physicians and Surgeons of Canada, as well as the 2012 Margolese National Brain Disorders Prize from the University of British Columbia. In September, 2016, Dr. Rouleau was elected to the Royal Society of Canada.

The Prix de l’oeuvre scientifique was presented at a ceremony on Oct. 12 at the Hotel Bonaventure, Montreal, in the presence of some 800 delegates attending the Congrès annuel de medicine, an annual scientific convention organized by Médecins francophones du Canada.