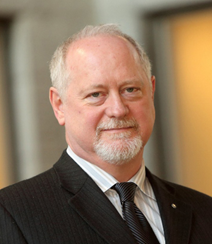 We are delighted to announce the re-appointment of Dr. Guy Rouleau to the position of Chair of the Department of Neurology and Neurosurgery, Faculty of Medicine, McGill University. Dr. Rouleau originally took on this role in 2013. He is also in the second term of his appointment as Director of the Montreal Neurological Institute and Hospital – The Neuro.

Dr. Rouleau is a distinguished clinician scientist whose research has led to the identification of more than 20 disease-causing genes and the discovery of new mutational mechanisms. Dr. Rouleau and his team have identified genes and molecular mechanisms involved in neurological and psychiatric diseases such as autism, amyotrophic lateral sclerosis (ALS), hereditary neuropathies, epilepsy and schizophrenia. He has contributed to nearly 800 scientific papers and is a board member of several foundations and societies that aim to find cures for nervous system diseases.

Dr. Rouleau is a recipient of numerous awards and honours. During his first term as Chair he received the 2014 Prix d’excellence from the Collège des médecins du Québec and the 2016 Prix de l’oeuvre scientifique from the Médecins francophones du Canada. He also became a Fellow of the Royal Society of Canada in 2016.

The Department of Neurology and Neurosurgery and The Neuro have flourished under Dr. Rouleau’s leadership. During his first term as Chair, Dr. Rouleau focused on strengthening and renewing the department, hiring more than 30 principal investigators since 2013, who are conducting exciting new research, developing innovative clinical programs and building important collaborations across the world of neuroscience and beyond.

On the international scene, Dr. Rouleau has established strong scientific and clinical collaborations with institutes in China including The University of Electronic Sciences and Technology of China, The West China Hospital, and The Tianfu New Area of Chengdu, to exchange faculty, graduate students, conduct joint research activities and publications, and exchange academic and scientific materials. Dr. Rouleau and his colleagues have also built a robust partnership with Shenzhen Second People’s Hospital focussing on clinical training in movement disorders and epilepsy. These are in addition to partnerships with institutions such as University of Cambridge, the Institut du Cerveau et de la Moelle épinière, and the Hebrew University of Jerusalem.

Under Dr. Rouleau’s leadership, The Neuro became the first academic institute worldwide to fully embrace Open Science, based on a set of principles and practices that fosters openness and collaboration throughout the entire research lifecycle. Over the last two years, The Neuro has created the Tanenbaum Open Science Institute to operate that transformation, launched an Open Access publishing platform, implemented a very successful Open Drug Discovery Platform, built the foundations of an Open Biobank and robust Open Neuro-informatics infrastructure. Dr. Rouleau and his colleagues are also building cross-sectoral collaborations with stakeholders such as the G7 Working Group on Open Science, the European Commission, as well as numerous academic institutions and partners worldwide looking at its Open Science project as a disruptive model to emulate.

As Chair of McGill’s Department of Neurology and Neurosurgery, Dr. Rouleau will continue to provide leadership to maintain the Department’s tradition of excellence in clinical care, research and education at the Neuro as well as other McGill-affiliated hospitals and research institutes. He will provide strategic direction to the department, will advise the Dean on all academic matters pertaining to the department and will provide recommendations with respect to recruitment, academic appointments, promotion and tenure.

Please join us in congratulating Dr. Rouleau for his re-appointment and wishing him the best in his new term.