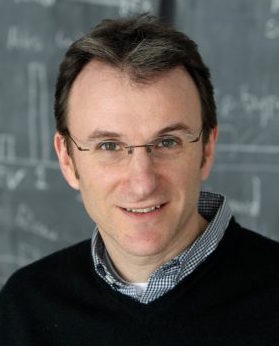 The Montréal West Island IUHSSC is proud to announce the double appointment of Dr. Gustavo Turecki, as both the Chief of Psychiatry of our organization and the Scientific Director of the Douglas Mental Health University Institute. His mandate includes strengthening the academic component of the clinical mental health services offered at the Douglas Institute and our IUHSSC. As Scientific Director he succeeds Mr. Alain Gratton, who had been serving as Acting Director since August 1, 2017. Dr. Turecki’s appointment is effective September 1, 2018.

We would also like to take this opportunity to thank Mr. Gratton who is the Executive Director of the Douglas Hospital Research Centre, and to acknowledge his commitment during his tenure.

Dr. Turecki has an impressive track record. An internationally renowned researcher on depression and suicide, he is a full professor and continues to serve as Chair of the Department of Psychiatry at McGill University. He also holds the Canada Research Chair in Major Depression and Suicide. Furthermore, Dr. Turecki is the Founder and Director of the McGill Group for Suicide Studies affiliated with the Douglas Mental Health University Institute; Director of the FRQS Quebec Network on Suicide, Mood Disorders and Related Disorders (RQSHA); Head of the Institute’s Depressive Disorders Program; and, Co-Director of the Douglas-Bell Canada Brain Bank.

Dr. Turecki’s leadership will strengthen the research centre’s reputation, both nationally and internationally. Some 560 people produce over 300 scientific publications per year, helping to make it the second largest mental health research centre in Canada. Dr. Turecki has dedicated his entire career to advancing mental health research and clinical activities at both the Douglas Hospital Research Centre and McGill University. This remarkable commitment has helped to forge close ties between these two institutions and to strengthen the Montréal West Island IUHSSC’s academic mission to facilitate access to specialized care, to medical education, and to medical research.

On behalf of the Board of Directors, I congratulate Dr. Turecki on his appointment as Scientific Director of the Douglas Hospital Research Centre and Chief of Psychiatry of our IUHSSC and wish him the best of success in his new functions.

Chairman of the Board of Directors