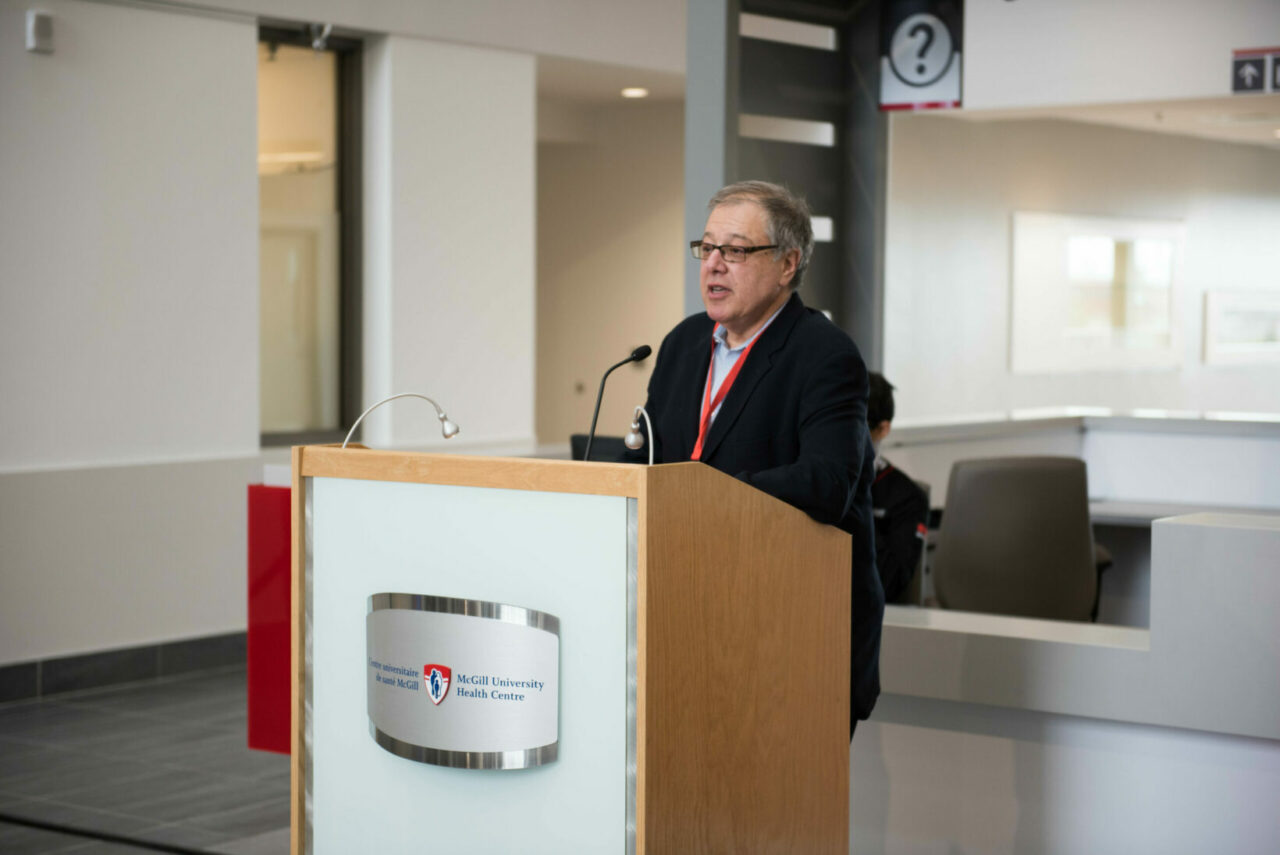 In his decades of work in the field of inflammatory bowel disease (IBD), Dr. Ernest Seidman has had a steady influence on many professionals in the field worldwide. An international symposium on gastroenterology in his honour, April 13 and 14, at the McGill University Health Centre (MUHC) brought that point home loud and clear.

The symposium gathered over 100 medical professionals from across Canada, the United States, Europe and the Middle East whose lives have been influenced by Dr. Seidman, a physician at the MUHC, professor of medicine and pediatrics at McGill University, and senior scientist at the Research Institute of the MUHC. The event was conceived as a festschrift honouring an exceptional academic during his lifetime.

Speakers and moderators were renowned experts in IBD, all either former trainees or close colleagues of the honouree. As Dr. Émile Levy from Université de Montréal attested, “This festschrift recognizes not only his remarkable scientific and clinical contributions to the fields of gastroenterology, hepatology and nutrition, but also his outstanding achievements as teacher, mentor, supportive colleague and friend.”