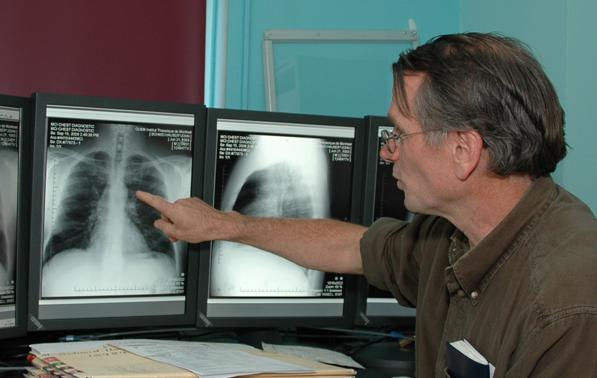 Dr. Dick Menzies was awarded the Union 2012 Scientific Prize by the International Union Against Tuberculosis and Lung Disease (The Union). The Union awards were presented during the Union’s World Conference, November 13-17, 2012, in Kuala Lumpur, Malaysia.

The Union Scientific Prize acknowledges researchers at any stage of their career for work on tuberculosis or lung health published in the past five years.

Dr. Menzies has a long history of involvement in tuberculosis care and research, beginning with his years in Lesotho, where tuberculosis is highly endemic. Since his return to Montreal, he has developed a tuberculosis research program of clinical and epidemiologic studies linked with a large multi-disciplinary clinical service at the Montreal Chest Institute, and a group of other Montreal researchers with diverse interests and expertise in TB. He collaborates closely with the Public Health Unit of Montreal and Immigration Canada. Dr. Menzies has also been involved as a consultant to National TB Programs in the Dominican Republic, Guyana and Ecuador, the Pan-American Health Organization and the World Health Organization. He has published over 175 peer-reviewed papers and 25 book chapters based on the results of his research.

To read more about the Union Awards click here