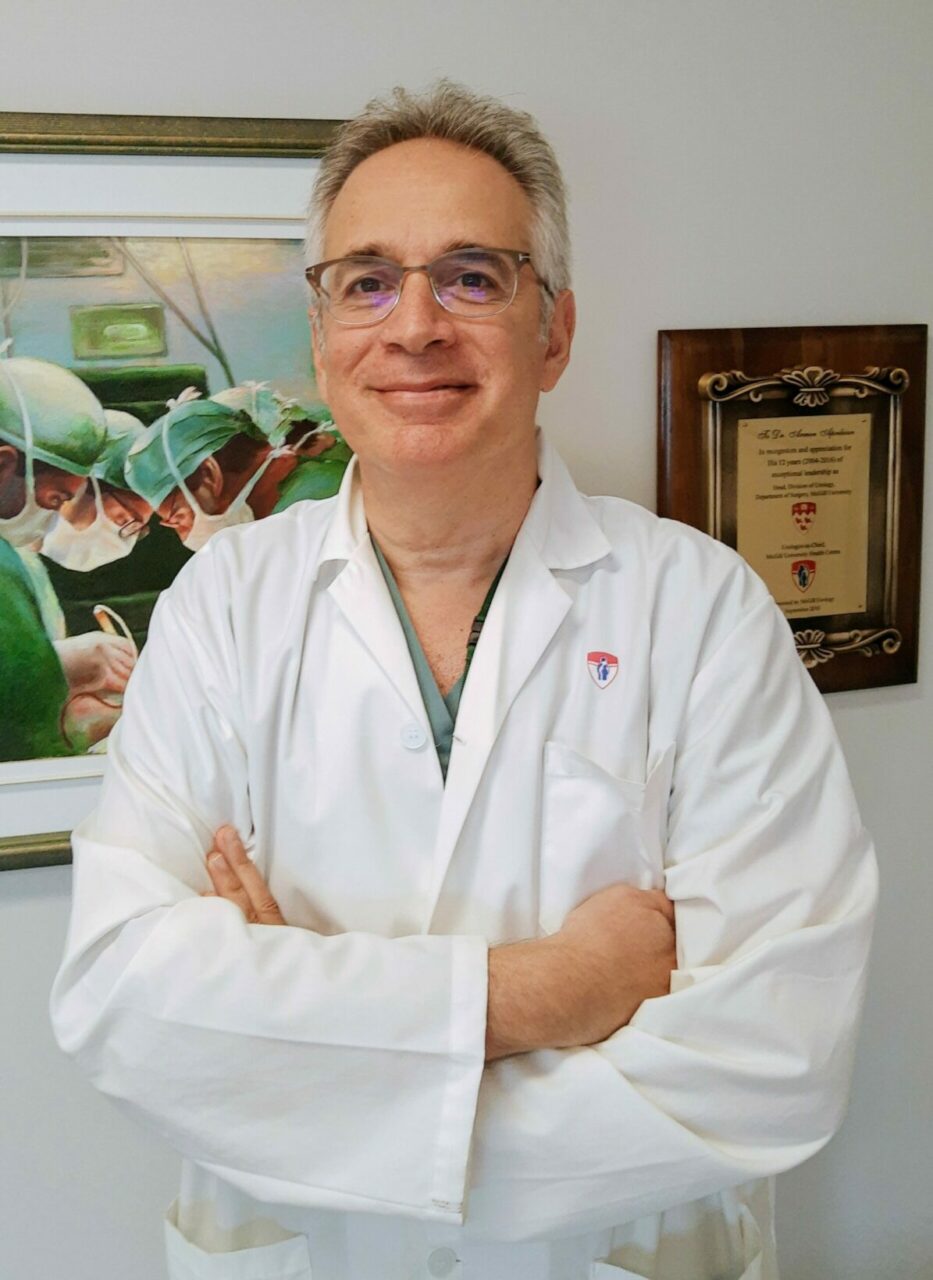 We are pleased to announce the appointment of Dr. Armen Aprikian as the Clinical Lead for the Rossy Cancer Network (RCN).  Dr. Aprikian took over from Dr. Wilson H. Miller Jr., who has served in this role since 2014, on July 1. Dr. Aprikian takes the helm of the organization with a new vision and drive for implementing quality of care across the McGill-affiliated cancer centres. He brings to the role an extensive understanding of the RCN’s evolution and its legacy projects.

The RCN is a partnership of McGill University’s Faculty of Medicine, the McGill University Health Centre (MUHC), the Jewish General Hospital and St. Mary’s Hospital Center, dedicated to improving the quality of cancer care through multi-hospital quality improvement initiatives and the funding of quality of care research. Dr. Aprikian was one of the leaders of the RCN’s four original work streams in 2012 and has been a founding member of the new RCN Executive Committee since 2014, closely involved with the development of its initiatives.

A leading urologic oncologist and researcher, Dr. Aprikian graduated from the Université de Sherbrooke Medical School in 1985 and completed his urology residency training at McGill in 1990. He then pursued a three-year research and clinical fellowship in urologic oncology at Memorial Sloan Kettering Cancer Center in New York City. In 1993, he was appointed Assistant Professor of Surgery (Urology) at McGill and began his career in prostate and bladder cancer research. In 2004, he became the Head of the Division of Urology at McGill University, a role he held until 2016.  In 2007 he became Full Professor of Surgery. In 2009 he was appointed Medical Director of the McGill University Health Centre Cancer Care Mission and was jointly appointed as Professor in the McGill Department of Oncology. In 2010 he was appointed the Richard Tomlinson Chair in Prostate Cancer at McGill University. Since 2015, he has served as the Medical Director of the Cedars Cancer Centre at the MUHC.

Dr. Aprikian has been awarded the American Urologic Association Practising Urologist Award, the American Society of Clinical Oncology Young Investigator award, the McGill University William Dawson Scholar Career Award and the FRSQ Clinician Scientist Award for 12 years, reaching the Senior Scientist level.  In 2004, he was a founding member of Procure, a Quebec-based prostate cancer foundation dedicated to research and public awareness and launched in 2007 a prospective longitudinal cohort study and comprehensive biobank project for prostate cancer across the province of Quebec that continues to this date. He is actively involved in a leadership role in national and provincial guidelines in cancer surgery outcomes and standards of care. He is also the President-elect of the Canadian Urology Association.

While welcoming Dr. Aprikian to his new position, we wish to recognize the exceptional contribution that Dr. Wilson H. Miller Jr. has made as Clinical Lead since his appointment in 2014. Dr. Miller was responsible for implementing an RCN-specific Quality Council comprised of senior leaders of quality and performance from all three partner hospitals – a first in the network. This allowed the RCN to harmonize the measurement of 28 quality indicators across the hospitals and obtain input on quality improvement projects. He also spearheaded the launch of a first Quality Report and public Scorecard for the McGill-affiliated cancer centres and developed a strong relationship with the Ministry of Health and Social Services’ Direction générale de cancérologie by tracking quality indicators for the province.

Dr. Miller was instrumental in expanding the RCN’s impact by developing eight multi-institutional tumour site groups to align best practices across the network and to foster a new culture of collaboration. These groups focused measurements and developed quality improvement projects, while also aligning funding of cancer quality research projects and fostering renewed collaborations in clinical trials. We are grateful to him for his dedication and his inspired leadership.

Please join us in welcoming Dr. Aprikian to this new role and in wishing him success as he continues to build on the Rossy Cancer Network’s objective to improve the quality of cancer care for patients across our community.