We tend to believe speakers who sound the same as us, though much depends on their tone of voice 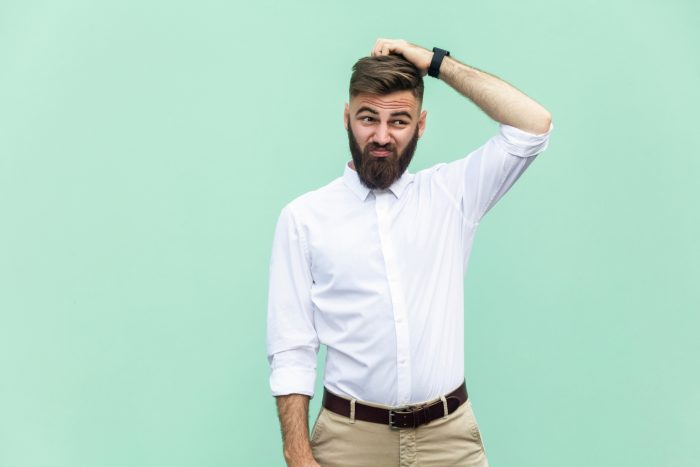 You are in a strange neighbourhood, your cell phone’s dead, and you desperately need to find the closest garage. A couple of people on the street chime in, each sending you in opposite directions. One person sounds like a local and speaks in a nonchalant manner, while the other uses a loud, confident voice but speaks with a strong accent. Who are you going to trust? A recently published study shows that unless they speak in a confident tone of voice, you’re less likely to believe someone who speaks with an accent. And, interestingly, as you make this decision different parts of your brain are activated, depending on whether you perceive the speaker to be from your own “in-group” or from some type of “out-group” (e.g., someone with a different linguistic or cultural background).

Marc Pell, from McGill’s School of Communication Sciences and Disorders, the senior author explains the rationale for the study:

“There are possibly two billion people around the world who speak English as a second language – and many of us live in societies that are culturally diverse. As we make decisions about whether or not to trust people who are different from us we pay a lot of attention both to visual cues and to a person’s voice. Here, we wanted to better understand how we make trust-related decisions about other people based strictly on their speaking voice.”

Overall, the researchers found that making trust-related decisions about accented speakers is more difficult due to our underlying bias favouring members of our own group. They also discovered that different regions of the brain are activated to analyze whether to believe speech from “in-group” and “out-group” members. Indeed, the brain needed to engage in additional processes to resolve the conflict between our negative bias towards the accent (don’t believe!) and the impression that the speaker is very sure of what they’re saying (it must be true!).

The study’s results suggest that making trust-related decisions about accented speakers is more difficult due to our underlying bias favoring members of our own group. However, the data also show that when speakers with a regional or foreign accent use a very confident voice, their statements are judged to be equally believable to native speakers of the language.

“What this shows me is that, in future, if I want to be believed, it may be in my interest to adopt a very confident tone of voice in a whole range of situations,” says Xiaoming Jiang, a former post-doctoral fellow at McGill and now Associate Professor at Tongji University, who speaks English as a second-language and is the first author on the paper. “This is a finding that potentially has repercussions for people who speak with an accent when it comes to everything ranging from employment to education and the judicial process.”

Listen to these three phrases – which of these speakers are you most likely to believe?

Earlier research has shown that people are more likely to believe statements produced in a confident tone (voiced in a way that is louder, lower in pitch, and faster) than those spoken in a hesitant manner. The researchers wanted to see whether the same areas of the brain were activated as we made trust-related decisions about statements made in an accent that is different from our own.

When making decisions about whether to trust a speaker who has the same accent as us, the researchers discovered that the listeners could focus simply on tone of voice. The areas of the brain that were activated were those involved in making inferences based on past experience (the superior parietal regions). Whereas, when it came to making similar decisions for “out-group” speakers, the areas of the brain involved in auditory processing (the temporal regions of the brain) were involved to a greater extent. This suggests that as listeners made decisions about whether to trust accented speakers they needed to engage in a two-step process where they needed to pay attention both to the sounds that an accented speaker was producing as well as to their tone of voice.

How the research was done:

Study participants (who all spoke Canadian-English as their mother tongue) listened to a series of short, neutral statements spoken with varying degrees of confidence in accents ranging from the very familiar (Canadian-English) to the somewhat different (Australian-English and English as spoken by Francophone-Canadians). They were asked to rate how believable they found each statement. As participants listened, a brain imaging technique (fMRI) was used to capture areas of brain activation to see whether there were differences between the participants’ responses to “in-group” and “out-group” speakers” both in general, and depending on their tone of voice.

The research was funded by the Natural Sciences and Engineering Research Council of Canada(NSERC), a James McGill Professor award, and the McGill McLaughlin Scholarship.

Study Finds | We’re Less Likely To Trust People With Accents, Unless They Speak With Confidence

CBC | As a newcomer to Canada, should I try to lose my accent?