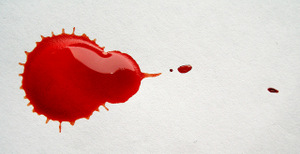 On March 19, 2013, a Montreal research team received $190,000 from the Canadian Cancer Society to build a microarray designed to detect breast cancer in a drop of blood. This innovative tool has the potential to revolutionize cancer screening, complementing – and, in the longer term, replacing – mammography.

Cancer cells behave differently from normal cells; in addition, the proteins they produce are very different. Some of these proteins are found in the blood, raising the hope that an effective cancer blood test can be developed. Until now, the technology had not been equal to the challenge. “When tumours are small, these proteins are very diluted in the blood,” explains Dr David Juncker, the project leader. “We need an extremely sensitive tool for early detection of breast cancer in the blood.” The McGill University research team has created a microarray that is designed to detect hundreds of proteins simultaneously. With assistance from colleagues in the United States, the team is striving to make the microarray so sensitive that it will be able to detect a single protein that touches its surface.

This inexpensive tool, designed for ease of use in medical offices, would complement mammography and perhaps even replace it one day. It would for instance enable earlier detection of tumours in women with dense breasts for whom mammography is less effective. Breast cancer is the most common among women, and one woman out of nine will contract the disease. Early detection is crucial in saving as many lives as possible. Unfortunately, last year alone, about 5,100 women in Canada and 1,350 in Quebec died of breast cancer.

Read the coverage from McGill headway