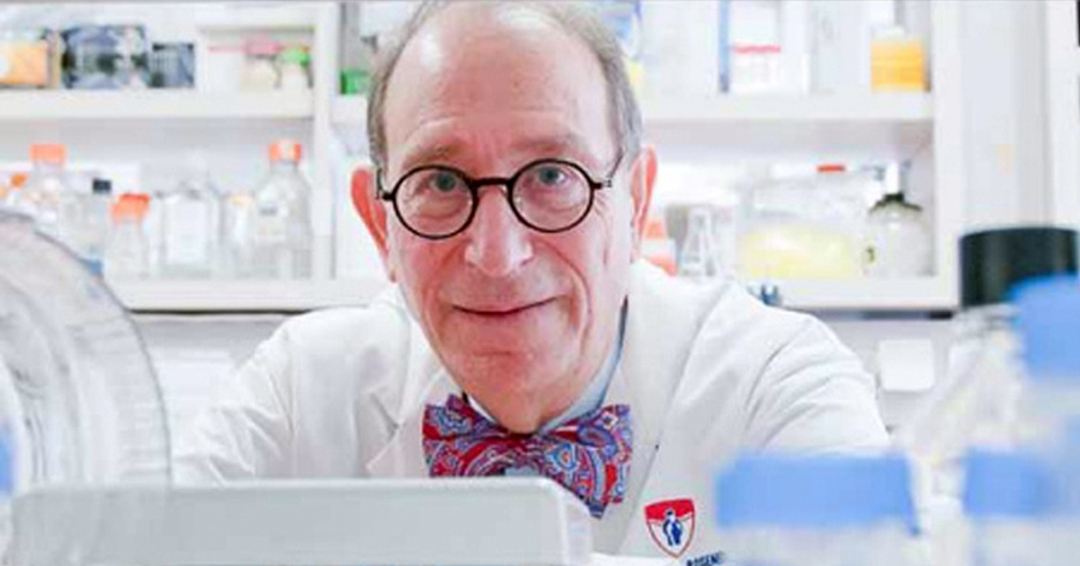 David Rosenblatt, MDCM, holder of the Dodd Q. Chu and Family Chair in Medical Genetics and Professor in the Departments of Human Genetics, Medicine, Pediatrics and Biology at McGill University, has been selected as the 2021 recipient of the Garrod Association’s Pioneer Award, in recognition of his many contributions to the field of inherited metabolic diseases in Canada. Due to the pandemic, the 2021 and 2022 awards were presented simultaneously at the association’s recent meeting in Calgary.

“It is an honour for me to be recognized by my peers in Canada,” says Dr. Rosenblatt. “It is indeed a privilege to be listed alongside the previous Pioneer Awardees of the Garrod Association.”

Dr. Rosenblatt is the preeminent world expert in the area of the genetics of vitamin B12. Using highly selected patients and taking advantage of changing technologies, he has provided basic biological insights and novel approaches to diagnosis. His research is a classic example of how the study of patients with rare diseases can lead to important generalizable biological discoveries. Through complex genetic analyses of patients with specific biochemical abnormalities, he defined the genetic pathway essential for B12’s activities, enabling a mechanistic understanding of its metabolism and related inherited diseases.

Dr. Rosenblatt’s laboratory is one of two in the world – and the only one in North America – for the genetic analysis of patients suspected of having an inherited B12-related disease. His studies have revealed the genetic pathway required for B12 processing, and guided specific therapies for patients in each group. His first major finding, in 1985, revealed that in a Quebec patient with an abnormal newborn screening test, B12 unexpectedly became trapped inside lysosomes.

This discovery established that patients of the cblF group have defects in a previously unknown transport system that mediates B12 efflux from lysosomes. Later, with two collaborators, he found two of the component proteins (LMBD1 and ABCD4) of the transporter, defining the CblF group. This research revealed an essential new transport system in mammalian biology. In a series of outstanding papers over several decades, this research established Dr. Rosenblatt as one of the leading geneticists and physicians in world of this clinically and biologically important field.

Dr. Rosenblatt has spurred innovative projects in related domains of work. He was amongst the first to embrace advances in next generation sequence to promote gene discovery. Through exome and whole genome sequencing and the availability of DNA from well-phenotyped diseases in consanguineous families, he has studied other Mendelian disease genes. This resulted in the Rare Disease Consortium for Autosomal Loci (RaDiCAL), whose underlying principle is to exploit new genetic technologies to generate rapid discoveries that will immediately benefit patients and their families. The goal of RaDiCAL is to find as many genes as possible as quickly as possible for the purpose of better diagnosis and genetic counselling. As a result of his vigorous advocacy and the application of this approach, Dr. Rosenblatt and his colleagues at McGill have to their credit a long list of genes. Impressively, these include Fowler’s syndrome, nephrotic syndrome, Hajdu-Cheney syndrome, two immunodeficiencies and eight novel developmental dysmorphisms. These discoveries have validated the RaDiCAL consortium that continues to flourish and contribute to patient management.

Due to the discoveries by Dr. Rosenblatt, patients with genetic diseases affecting B12 can be detected by newborn screening for metabolites and confirmed by next generation gene panels for rapid diagnosis prior to developing symptoms. Diagnoses that in the past could take months to establish may now be made within a few days. Optimal treatment is achieved by this early pre-symptomatic screening and diagnosis. Previously, patients with severe symptoms were often diagnosed too late for good outcomes; for couples at high risk, pre-implantation diagnosis followed by in vitro fertilization is now possible.  Due to his unique expertise, he has been the author or co-author on the definitive chapters on the genetics of vitamin B12 in major textbooks of Inherited Metabolic Disease, Hematology, Neurology, Pediatrics and Prenatal Diagnosis.

Dr. Rosenblatt has a distinguished record of service and leadership that has been recognized both in Canada and internationally. His prestige in France is such that he was elected as a Correspondant étranger of the Académie Nationale de Médecine of France in 1997, a category limited to one hundred people worldwide, and he occupies the seat previously held by Linus Pauling. He has been President (1996-1997) of the Society for Inherited Metabolic Disorders (SIMD), President (2002-2005) of the Association des Médecins Généticiens du Québec (AMGQ) and President (1994-1995) of the Canadian Society for Clinical Investigation (CSCI).  He is a Fellow (2005) of the Canadian Academy of Health Sciences. Professor Rosenblatt has been awarded “Champion of Genetics” by the Canadian Gene Cure Foundation (2013) and received the Founders Award for lifetime achievement (2018) from the Canadian College of Medical Geneticists (CCMG). He was also named the honorary president of the 10th International Conference on one carbon metabolism, vitamins B and homocysteine held in Nancy, France (2015).

Dr. Rosenblatt has taught and mentored several generations of geneticists who have now established their own careers. During his time as Chair of the Department of Human Genetics at McGill, Dr. Rosenblatt transformed the department to encompass new leading-edge technologies. His vision of basic research that has a direct impact on patient care is reflected in a department that brings together basic and clinical scientists, and genetic counsellors and synergizes their expertise and interests.

Click here to view the presentation of the award.