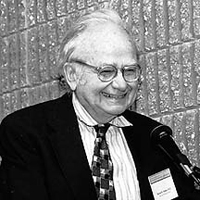 Nobel Laureate and McGill alumnus Dr. David Hubel passed away on September 22nd at the age of 87 due to kidney failure. Dr. Hubel completed his undergraduate studies in math and physics at McGill prior to receiving his medical degree from McGill in 1951. He completed his formative training at the Montreal Neurological Institute before moving to the United States in 1954 to join the Johns Hopkins University School of Medicine. In 1959, Dr. Hubel joined Harvard Medical School, where he would remain for the duration of his career.

Dr. Hubel and his research collaborator Torsten Wiesel shared the 1981 Nobel Prize in Physiology or Medicine with Roger W. Sperry, for their discoveries concerning information processing in the visual system.

Read more about Dr. Hubel in the articles below: