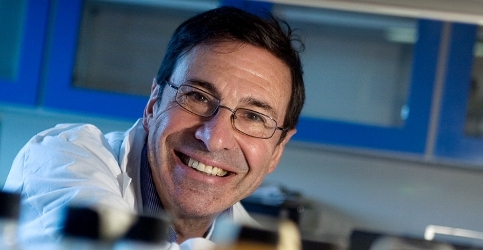 A cure for HIV/AIDS could come as early as five years from now, predicts the Montreal co-discoverer of one of the first anti-retroviral drugs. Mark Wainberg, head of AIDS research at the Lady Davis Institute and a professor of medicine at McGill University, said the pressure is on to find a cure for AIDS as reality sets in that anti-retroviral therapy is not a long-term solution to the pandemic. “A lot of people are now trying to work out mechanisms whereby these (immune) cells that are latently infected (with HIV) will get activated, and then the hope is we can zap them with the anti-retroviral drugs and other anti-viral modalities and get rid of them, and if we could do that – if we could only do that – we would have a cure,” Wainberg told The Gazette. “That’s the hypothesis. Are we going to get there tomorrow? No. Are we going to get there in five years?  Maybe. I hope so.” Wainberg, a virologist who helped discover the anti-retroviral drug 3TC, made the prediction en route to the 19th International AIDS Conference in Washington, where more than 22,000 delegates are gathering this week. Wainberg is not alone in his optimism.

Read the full story at: The Montreal Gazette