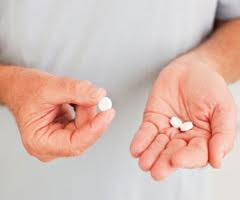 A cholesterol drug commonly prescribed to reduce cardiovascular disease risk restores blood vessel function in a mouse model of Alzheimer’s disease, according to a study in the April 4 issue of The Journal of Neuroscience. The drug simvastatin (Zocor®) — which works by slowing cholesterol production — also improves learning and memory in adult, but not aged Alzheimer’s model mice. The findings add to a growing body of evidence that early treatment with statins protects against some of the symptoms of Alzheimer’s disease.

Alzheimer’s disease destroys nerve cells and compromises the function of blood vessels in the brain. Recent studies show people who begin taking statins as adults have reduced incidence of Alzheimer’s disease, while those who do not take them until they are older do not experience this benefit. While these studies point to the age-dependent benefits of statins, scientists continue to question how cholesterol treatment affects brain function in Alzheimer’s disease.

In a previous study, Edith Hamel, PhD, and colleagues at the Montreal Neurological Institute and Hospital – the Neuro, McGill University tested older Alzheimer’s model mice (age twelve months) that received a low dose of simvastatin for eight weeks. The drug helped improve blood vessel function, but did not boost memory in the older mice.

In the new study, Hamel’s group at the Neuro tested younger mice (age six months) and older mice (age twelve months) that received a higher dose of simvastatin for three to six months. While simvastatin restored brain blood vessel function in both groups, only the younger mice showed improvements in learning and memory tests. These younger mice also had higher levels of two memory-related proteins in the hippocampus — a brain region involved in learning and memory — compared with untreated mice.

“This study shows that simvastatin can protect against some of the damaging effects of Alzheimer’s disease on nerve cells involved in memory, if administered early in the disease process,” said Hamel, the study’s senior author.

“This article joins an increasing number of preclinical studies demonstrating that statins, in particular simvastatin — which easily penetrates the brain — can counteract aspects of Alzheimer’s disease, despite seeing no effects on amyloid-b protein,” said Ling Li, PhD, an Alzheimer’s expert from the University of Minnesota. “Although several clinical trials have yet to show the benefits of statins for Alzheimer’s disease, the key now is to figure out how to translate these exciting findings from bench to bedside,” she added.

The research was supported by the Canadian Institutes of Health Research.

The Journal of Neuroscience is published by the Society for Neuroscience, an organization of more than 40,000 basic scientists and clinicians who study the brain and nervous system. More information on Alzheimer’s disease can be found in the Society’s Brain Briefings and Brain Research Success Stories publications.
The Montreal Neurological Institute and Hospital — The Neuro, is a unique academic medical centre dedicated to neuroscience. Founded in 1934 by the renowned Dr. Wilder Penfield, The Neuro is recognized internationally for integrating research, compassionate patient care and advanced training, all key to advances in science and medicine. The Neuro is a research and teaching institute of McGill University and forms the basis for the Neuroscience Mission of the McGill University Health Centre.  Neuro researchers are world leaders in cellular and molecular neuroscience, brain imaging, cognitive neuroscience and the study and treatment of epilepsy, multiple sclerosis and neuromuscular disorders. The Montreal Neurological Institute was named as one of the Seven Centres of Excellence in Budget 2007, which provided the MNI with $15 million in funding to support its research and commercialization activities related to neurological disease and neuroscience.