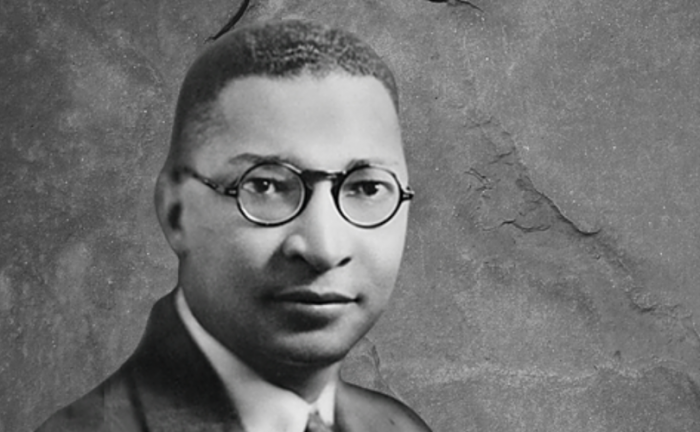 The story of Dr. Kenneth Melville, BSc’26, MDCM’26, MSc’31, deserves to be told more often according to his home department at McGill.

“He was a terrific example of a physician-scientist that ‘looked like us’ and made you feel like you also had the potential to be successful in science and medicine,” says Melville’s grandson Dr. Christopher Wright, who has been working with the Department of Pharmacology and Therapeutics over the past few years to develop an initiative in his grandfather’s name.

Born in Jamaica in 1902, Melville moved to Montreal to attend McGill medical school in the early 1920s. “This was a time when there weren’t that many opportunities for people of colour to get medical degrees,” says Wright. Undaunted, Melville graduated with top grades and went on to lead a prolific international career in pharmacology.

He later returned to his alma mater as a faculty member and in 1953 was named Chair of the Department of Pharmacology and Therapeutics – only the second Black person to hold this title. He is thought to be the first McGill chairholder from a developing country and also served as one of the first presidents of the Pharmacological Society of Canada.

“This is an opportunity to change the face of our Department,” says assistant professor Dr. Bastien Castagner who has been active on the bursary’s fundraising committee, alongside current Department Chair Dr. Gerhard Multhaup. The committee is now about two thirds of the way to its goal of $100,000, which it hopes to reach by the time the first bursary is awarded in summer 2021.

Castagner notes that almost 70 years after Melville was named Chair there are no Black faculty members and very few Black graduate students in the Department. He finds this strange and disappointing, and it’s a big part of what motivated him to get involved in the bursary project.

“We need to think about the barriers that prevent students from underrepresented equity groups from getting into graduate school and try to change them,” says Castagner. One of these barriers is the fact that undergraduate research internships – which are essential components of applications to the graduate program – are often unpaid and difficult to obtain.

The Melville Bursary is designed to ensure that students who are underrepresented in the program, and in the health sciences more broadly, have access to these key research opportunities that form the basis of a successful career in pharmacology.

Currently, Black and Indigenous students are the most underrepresented constituencies in the Department, so addressing this issue will be the initial focus of the project.

A man of principle

Though best known for his pioneering work in cardiovascular pharmacology, Melville is also remembered as a leader in Montreal’s Caribbean community and a staunch civil rights advocate.

In one memorable instance, Melville stood up for a fellow Jamaican immigrant named Fred Christie who was refused service at a Montreal tavern because he was Black. When Christie decided to sue the tavern, Melville volunteered to chair the fundraising committee to cover the cost of his lengthy legal battle. The case went to the Supreme Court and culminated in the now infamous Christie v York ruling in 1939.

“Basically, the Supreme Court decided that it was fine to discriminate when you’re a private business,” explains Castagner, and it wasn’t until 1975 with the passing of the Quebec Charter of Human Rights and Freedoms that the ruling was invalidated in the province.

Though the case was a defeat, Melville – compassionate, community-minded and committed to fighting injustice – ended up playing an important role in the struggle for racial equality in Canada. 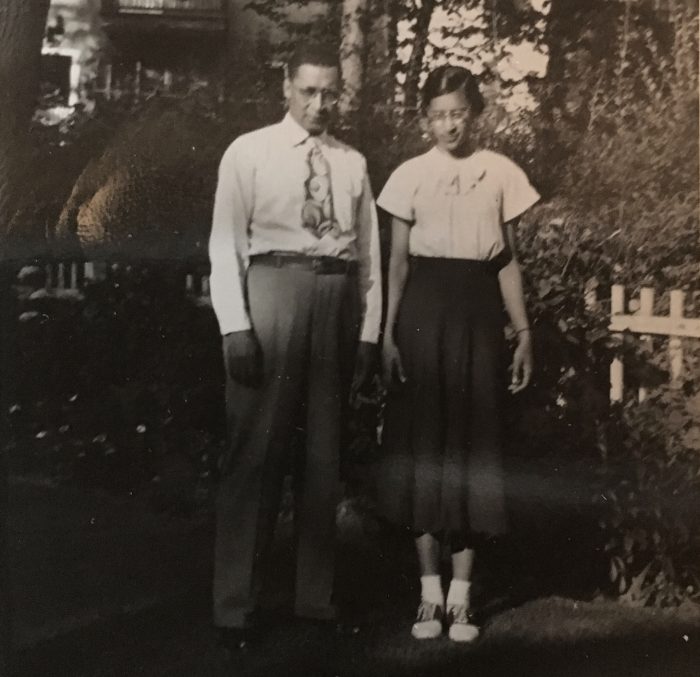 For Black History Month in 2019, the Pharmacology and Therapeutics Department helped organize an event with the Jamaica Association of Montreal to celebrate Melville and reflect on the state of diversity in academia. Castagner explains that the idea of adding a mentorship component to the bursary came out of discussions at this event.

In addition to the summer internship, recipients of the Melville Bursary will participate in a formal mentorship program that will focus on providing career guidance and helping students build up strong resumés in preparation for graduate school.

By raising Melville’s profile through the bursary and mentorship program, the Department hopes to show students who do not often see themselves represented in the health sciences that their career goals are possible and there are people in their corner who want them to succeed.

Having a community of support and role models of colour to look up to can make a difference, as was the case in Melville’s family. Indeed, many of his descendants went on to became medical professionals – including his daughter, Enid Melville-Wright, BA’55, MDCM’59, and his grandson Christopher Wright.

“It’s like a genetic disease – it gets passed on,” laughs Wright, who is a physician-scientist and an executive at Cyclerion Therapeutics. And now two of his four children are considering careers in medicine.

But for students who don’t have a strong family connection to science or medicine, it might be difficult to imagine a career in those fields.

Wright hopes that the research and mentorship opportunities provided by the Melville Bursary will help attract a more diverse array of students to pharmacology and the medical sciences. “Let them realize the possibilities for themselves and then hopefully they can become the next generation of faculty members,” he says.

A step in the right direction

The leadership at the Faculty of Medicine and Health Sciences stands behind this initiative and acknowledges that there is still a lot of work to do.

“It is unacceptable that, in 2020, Black and other minority populations, notably Indigenous, continue to be underrepresented in our country’s health sciences programs,” says Dr. David Eidelman, Dean of the Faculty of Medicine and Health Sciences. “At the Faculty, we are committed to righting this wrong, and the Melville Bursary, which promotes diversity while honouring the legacy of a McGill trailblazer, is an important step in the right direction.”

Castagner agrees, adding that he hopes to eventually see a project like this in all of the Faculty’s departments. “My dream would be to have something like this for all basic sciences. It’s a small-scale effort at the level of the Department but it would be nice if this could really take off.”

In the meantime, he and his partners on the fundraising committee are working to ensure that the Melville Bursary is fully funded. Reaching the goal of $100,000 would mean that the Department can award the bursary every year for the foreseeable future, explains Castagner.

“Everyone wants to make a difference but sometimes it’s hard to know what to do and how to have an impact – and where do you even start?” says Wright. “I think this bursary is a very direct and tangible way to improve opportunities for people of colour and for underrepresented groups. And, it’s something that can happen now.”

To learn more about Kenneth Melville’s accomplishments and impact, please visit the Dr. Kenneth Melville McGill Black Faculty Caucus website. You can also follow “The Melville Legacy” on Instagram or like the page on Facebook.
Support the Melville Undergraduate Research Bursary in Pharmacology here.