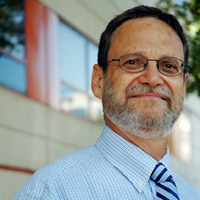 The new ambulatory-care clinic due to open in Vaudreuil-Dorion next year will likely become a breeding ground for new family doctors, The Gazette has learned.

The Centre de santé et des services sociaux for Vaudreuil-Soulanges, and its counterpart for the Suroît region are currently in discussions with McGill University to establish a family medicine unit – a clinic that would both treat patients and serve as a training ground for new medical residents – which would run out of the new clinic.

If the deal goes through, there could be up to 12 new family medicine residents who would be supervised by several doctors from the region. This would be a huge boost for an area with one of the most acute shortages of general practitioner doctors in the province. And when they graduate, those residents are likely to stay in the region to set up their practices, according to similar experiences in other regions.

McGill would provide the framework for teaching, and resources for family doctors. It would be up to the centres to set up a facility where family doctors can treat patients.

Howard Bergman, the chairperson of McGill’s department of family medicine, said the provincial government has asked McGill to increase the number of spots it makes available for family doctor residents from 84 to 96 for both first- and second-year residents – and Vaudreuil-Soulanges is one area where those new doctors could end up. Family medicine residents must complete at least two years of residency under the supervision of veteran doctors.

Read more from the Off Island Gazette