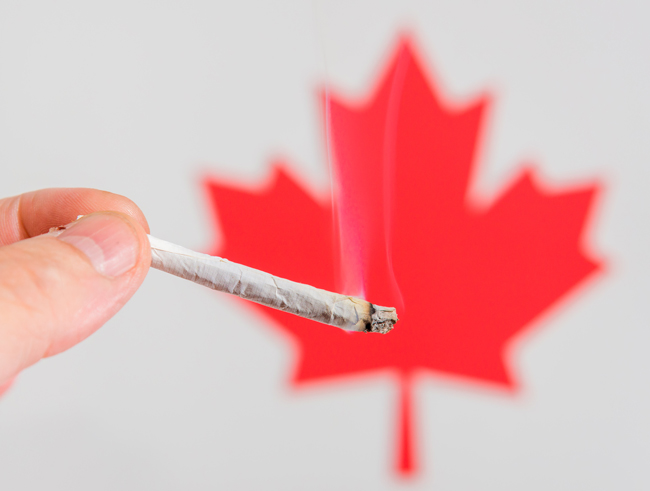 With cannabis to be legalized across Canada on July 1, 2018, a host of issues have arisen regarding social, economic and public health concerns that legalization may impact. On Nov. 30, McGill’s Department of Psychiatry held an academic conference to address some of these issues, specifically mental health, especially in young people, as well as the potential use of cannabis as a medicine for neuropsychiatric disorders.

In all, some 200 people attended the event, held at the Faculty Club.

Marco Leyton is a Department of Psychiatry neuroscientist who teaches a graduate course on addictions. In his presentation on substance use disorders, he noted that governments expect to make money from the legalization of marijuana and there is a hope that some of this will be used to fund greater access to treatment. Legalization is a savvy political move, said Leyton, based on polling, since the majority of Canadians support it. But legalization does not mean that marijuana is completely safe.

“Cannabis is not crack but it’s not lettuce,” he told the audience. “The biggest concerns are that marijuana use can increase car accidents and lead to addiction with an estimated 10–15 per cent of users developing serious problems. And yet this does not mean that criminalization was a good solution. Downhill skiing is risky also, but we do not put people in jail if they have an accident, we treat it as a medical problem.

“There is also evidence of some unexpected benefits from legalization,” continued Leyton. “In U.S. jurisdictions with medical marijuana, deaths from opiates have decreased by 20–40 per cent. This might mean that marijuana can substitute for opiates, leading to lower opiate use. Cannabinoids might also reduce symptoms for people in opiate withdrawal and even help them quit. These things need to be studied much more.”

Marijuana can also have both good and bad impacts on adolescent lab rats, according to Leyton. High doses can cause cognitive and behaviour problems, but low doses might even have positive effects. These findings emphasize that legalization is not a recommendation to use large amounts of cannabis anymore than you would recommend getting drunk every day.

Huffington Post | Canada Can Lead The Way On Pot, Vapes and Plain Packs

National Post | Cannabis will soon be as readily available as alcohol, but how does pot affect you compared to booze?