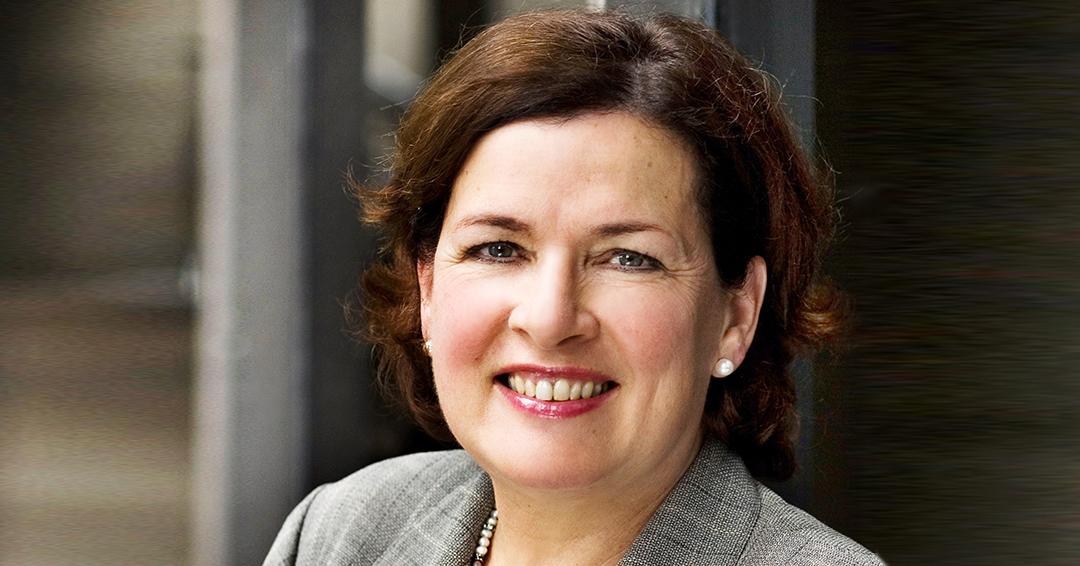 Bartha Maria Knoppers, Full Professor, Canada Research Chair in Law and Medicine and Director of the Centre of Genomics and Policy of the Faculty of Medicine and Health Sciences at McGill University, was presented with the Lifetime Achievement Award from the Canadian Bioethics Society during their 32nd annual conference, held virtually on May 28. The award is given annually to an individual whose demonstrated scholarship and/or leadership has contributed significantly to health care ethics in Canada.
“Bartha’s work has influenced me considerably and before I found my path into ethics and was still a bench scientist, I kept running into articles on genomics and ethics from Bartha or a member of her team then at U of M,” noted Dr. Michael Szego, co-Chair of the conference, whose  theme this year was, “Behind the Mask: Ethical Issues Revealed by COVID-19 in Canada and Beyond,” while introducing Prof. Knoppers. “She is so prolific it is impossible to be in this space and not know her which is why her award is so well deserved. Thank you for providing me with a doorway through which I could see the value of scholars thinking about the ethics and implications of the genetics and on behalf of all CBS members thank you for all your contributions.”

As part of the award, Prof. Knoppers was invited to deliver the keynote lecture at the conference. “Since March 2020, bioethics and legal policy scholars in Canada have been called upon to serve,” said Prof. Knoppers of the talk, titled Pandemic Policy: “Live.” “Taking but a few examples from my own international and national involvement on pandemic Task Forces and Advisory Boards, it is evident that this is not “traditional” clinical or research bioethics but foresight scanning involving multidisciplinary thinking – a true lesson in humility due to the unique challenges of the pandemic. The pandemic has forced us to define in real time and real life the principles of solidarity and equity. It has given new meaning to both the universal human right of everyone to benefit from scientific advancement and, the right to the highest attainable state of health possible. Drawing on anticipatory governance lessons of the past, the keynote emphasized a social justice approach stressing the need to activate and catalyze these universal human rights via greater data sharing within Canada and around the world. An international Pandemic Treaty bringing together multilateral bodies with reinforced powers for the WHO, debt reduction by the IMF, and, compulsory vaccine licensing by the WTO, were but a few of the solutions offered.”

Since 2005, Prof. Knoppers has led the Policy Committee of the Canadian Stem Cell Network and chaired the Ethics Working Party of the International Stem Cell Forum (2005-2015).  She was the founder of the Public Population Project in Genomics (P3G) and CARTaGENE Quebec’s population biobank.  She also served as the Chair of the Ethics and Governance Committee of the International Cancer Genome Consortium (2009-2017), is currently Chair of the Ethics Advisory Panel of WADA (2015- ) and was the Co-Chair of the Regulatory and Ethics Workstream of the Global Alliance for Genomics and Health (GA4GH) (2013-2019).
In 2015-2016, Prof. Knoppers was a member of the Drafting Group for the Recommendation of the OECD Council on Health Data Governance and gave the Galton Lecture in November 2017. She holds four Doctorates Honoris Causa and is a Fellow of the American Association for the Advancement of Science (AAAS), the Hastings Center (bioethics), the Canadian Academy Health Sciences (CAHS) and the Royal Society of Canada (RSC). She is also an Officer of the Order of Canada and of Quebec and was awarded the 2019 Henry G. Friesen International Prize in Health Research, the Till and McCulloch Award for science policy (2020) and served on the International Commission on the Clinical Use of Human Germline Genome Editing. Currently, she serves on Canada’s Vaccine Task Force, Health Data Strategy Expert Advisory Group (PHAC), CanCOGen’s HostSeq project and the COVID Cloud (DNAstack).

“Prof. Knoppers is renowned, not only in Canada, but around the world,” said Dr. David Eidelman, Vice Principal (Health Affairs) and Dean of the Faculty of Medicine and Health Sciences at McGill. “We are privileged to count her as a leader in our community, and I can’t think of anyone more deserving of this recognition.”