Receiving the prestigious McGill Medal is “humbling and heartwarming” for Barry Posner, a pioneer in endocrinology and longtime professor of medicine and cell biology 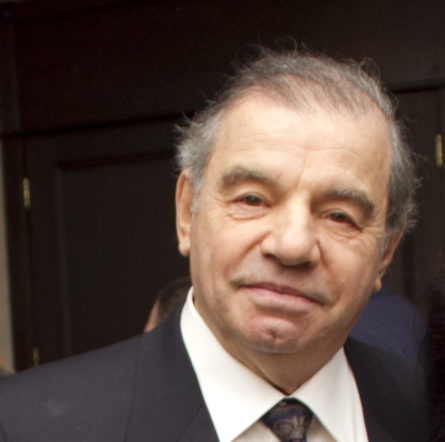 As a child growing up in Manitoba in the 1940s and 1950s, Barry Posner first developed an interest in endocrinology when he learned about Frederick Banting, the Canadian researcher who discovered insulin. “It was inspiring how Banting pursued his novel idea to completion and significantly influenced the survival of patients with diabetes,” reflects Posner. “He made a monumental contribution to medicine.”

As a double major in mathematics and English literature at the University of Manitoba, Posner was something of a Renaissance man in university. He was pondering a future in theoretical physics when his life took an unexpected turn. “My mother suffered from and died of cancer when I was 20 years old,” he shares. “Her illness and passing impacted me deeply and inspired me to pursue a medical path.”

After Posner graduated from medical school at the University of Manitoba and completed a year of residency in Internal Medicine, he moved to Boston to join a special program jointly sponsored by the New England Medical Center and the Massachusetts Institute of Technology. At MIT, he plunged deep into the weeds of molecular biology before shifting his focus to research in metabolism at the New England Medical Center. It was there he met Henry Friesen, a fellow Winnipeg native, who was recruited to the Royal Victoria Hospital in Montreal. “Henry was the one who encouraged me to apply for a position at McGill,” Posner explains. “Thus began a new adventure.”

A career of discovery

Posner joined the McGill Faculty of Medicine (now Faculty of Medicine and Health Sciences) in 1970. “I was really feeling my way along in my career,” he shares. “I wanted to move into insulin research, but I didn’t know how.” At the time, researchers had just begun to develop methods to study hormone receptors. “It occurred to me that identifying receptors in a tissue was a powerful new way to identify target tissues for insulin and other hormones,” says Posner.

By demonstrating insulin receptors in a wide range of tissues, Posner identified areas of the body that no one had ever thought to be targets of insulin: the brain, placenta and kidney. He extended this approach to other peptide hormones, including growth hormones. Ultimately, Posner’s research carried enormous implications for the management of diabetes, the prevention of obesity, and the continued exploration of hormones that impact overall health.

Discovering new receptors and target tissues for peptide hormones, especially in the brain, was the first pivotal stage of Posner’s nearly 50 years of research at McGill – but it certainly wasn’t the last. In the late 1980s, Posner discovered peroxovanadium compounds, which mimic the action of insulin. “We could activate insulin receptors without insulin,” he explains. “This led us to discover the target of these compounds for which the search for suitable insulin-mimetic drugs is ongoing.” More recently, Posner turned his attention to identifying genetic markers that correlate to Type 2 diabetes, which will enable more effective prediction and treatment of the disease.

Posner published more than 290 scientific manuscripts in the course of his career, but he looks back and feels equally proud of the time invested in supervising close to 40 fellows and graduate students over the years. “It was rewarding to see them develop as young scientists and learn to think about the issues, especially at a place like McGill that fosters a scientifically stimulating environment,” Posner reflects.

In addition to teaching and conducting research at McGill, Posner has served as Director of the McGill Endocrine Training Program, Physician-in-Chief at the Sir Mortimer B. Davis Jewish General Hospital, and Chief of the Endocrine Division of the Royal Victoria Hospital. Under his leadership, the McGill Endocrine Program has earned a reputation as a global leader in endocrine discovery research.

A legacy of achievement

At the November 2020 commencement ceremony, Posner became the eleventh winner of one of the University’s highest honours: the McGill University Medal for Exceptional Academic Achievement. Established in 2009, the McGill Medal recognizes retired faculty members for exceptional contributions to their discipline, to the University, and to society as whole.

Posner has received a number of honours and awards for his achievements, but he receives the McGill Medal with considerable pride. “It’s heartwarming and humbling to be recognized in this way by my institution,” he says.