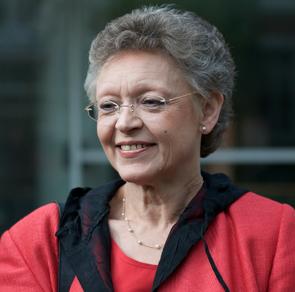 Dr. Barré-Sinoussi, the acting Director of the Regulation of Retroviral Infections Unit in the Department of Virology at the Institut Pasteur in Paris, has been involved in retrovirology research since the early 1970s and was awarded (together with Luc Montagnier) the Nobel Prize in Medicine for her landmark work in uncovering a retrovirus as the cause of AIDS in 1983. That virus was later named the Human Immunodeficiency Virus (HIV).

Dr. Barré-Sinoussi is one of only 10 female Nobel Prize recipients for Medicine. In addition to her scientific contributions, Dr. Barré-Sinoussi has stood out among her peers as a tireless advocate on behalf of AIDS patients and for AIDS prevention. She currently serves as president of the International AIDS Society.

Dr. Barré-Sinoussi has collaborated with McGill researchers and will be the first lecturer at McGill’s Andrew F. Holmes Dean of Medicine Distinction Lectures this spring. She will receive her honorary degree on Tuesday, May 28, 2013.