Judes Poirier to The Globe and Mail 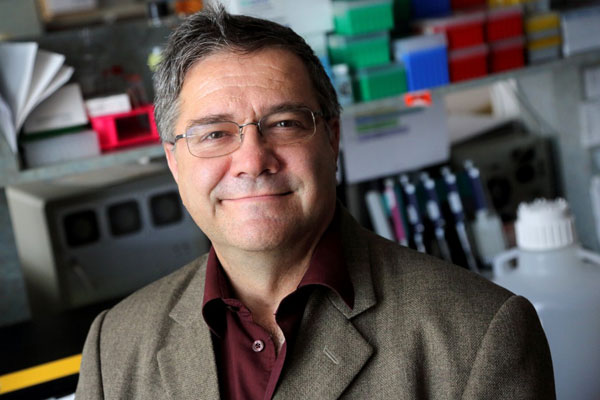 As the world ages, and as nearly 750,000 Canadians are living with Alzheimer’s disease, dementia or some form of cognitive impairment, one of the Douglas Institute’s experts on Alzheimer’s disease, Judes Poirier, helps understand the value and the limits of  the many so-called “brain games” that have flooded the market.

In an article by Carly Weeks from The Globe and Mail, Judes Poirier explains that though brain-training exercises can have some benefits, ”many companies exaggerate how well their training programs work, and as a result, some consumers feel misled. For instance, companies often conduct clinical trials that last for three months. Neurologists know that is the window when the greatest effect will be seen, but after three months, any beneficial effects will plateau or even taper. Trials, then, should last at least a year to demonstrate whether the program truly makes a lasting, meaningful difference.”

To find out more about this story.
Important discovery

Last June, Dr. Poirier and his team again made scientific history by discovering that a relatively frequent genetic variant actually conveys significant protection against the common form of Alzheimer’s disease and can delay the onset of the disease by as much as 4 years. This discovery opens new avenues for treatment against this devastating disease. “These latest genetic results from Dr. Poirier’s team are an important step forward in the understanding of Alzheimer’s disease neurobiology, and also the use of genetics to identify an interesting new molecular target that is amenable to therapeutic development” said in June Brigitte Kieffer, Scientific Director of the Research Centre of the Douglas Mental Health University Institute.”