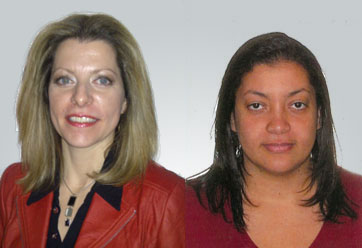 I am pleased to announce the appointment of Ms. Demetra Kafantaris to the position of Senior Advisor to the Vice-Principal (Health Affairs) and Dean of the Faculty of Medicine, effective January 16, 2012. I would also like to welcome Ms. Fern Charles as Executive Assistant of our Office, a promotion that took effect January 1, 2012.

Ms. Kafantaris assumes the strategic senior advisory component of April Caluori’s role. April retired as Executive Director for the Faculty and Health Affairs in 2011, after a career of exemplary and dedicated service at McGill. Demetra brings to the Faculty two decades of strong administration experience within our Montreal health care community. Most recently, she served as Senior Advisor to the Executive Team of the Montreal Children’s Hospital, where she liaised with the McGill University Health Centre (MUHC) and co-led a number of strategic planning and process improvement initiatives. Among these was the launch of the Brain-Development-Behavior Integrated Clinical Network, designed to improve patient access to services and coordination of care. She also served as an elected member of the MUHC Board of Governors for the past five years.

Prior to assuming her role at the Children’s Hospital, Demetra helped complete a number of key initiatives and mergers in her position as Planner for the MUHC, including at the Royal Victoria Hospital’s Heart Failure Centre, the Montreal General Hospital’s Intensive Care Unit and the Cedars Breast Clinic. She also spearheaded programs in Occupational Health and Safety at the Royal Victoria Hospital for seven years. Her career within the McGill health community began at the Montreal Neurological Hospital in 1989.

As Senior Advisor, Demetra will be responsible for planning, policy and project support for dossiers under the purview of the VP-Dean, working closely with Tasha Ayinde, Administrator for the Office. In addition to providing both strategic and tactical counsel on both internal and external initiatives, she will act as liaison with the Principal’s, Secretariat’s and Provost’s offices, among others.

Demetra holds a Bachelor of Commerce degree and a Master’s in Business Administration from Concordia University, as well as a certificate from l’Université de Montréal.

Ms. Fern Charles, whose appointment was announced immediately prior to the holidays, has served with the Faculty of Medicine since 2008, initially in the position of Secretary to the VP-Dean. Fern was promoted to the position of Administrative Coordinator in 2010, when she assumed responsibility for a wide range of tasks in support of the daily operations of the VP-Dean’s Office.

Originally from the island of St. Lucia, in the Caribbean, Fern worked for Air Caraïbes and the tourism industry for more than a decade. Her responsibilities included both office administration and sales. Fluent in English, French and Spanish, she has also taught languages. Fern completed her postsecondary education in St. Lucia and in Toulouse, France.

As Executive Assistant, Fern will be responsible for coordinating the VP-Dean’s schedule, meetings, correspondence and travel, as well as assisting in the smooth operations of the VP-Dean’s Office for the Faculty.

Please join me in wishing both Demetra and Fern a very warm welcome to their new positions within the McGill Faculty of Medicine.