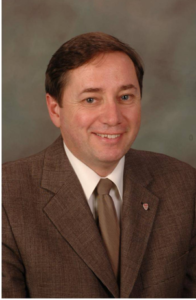 We are delighted to announce the creation of the Department of Pediatric Surgery in the Faculty of Medicine at McGill University, together with the appointment of its inaugural Chair, Dr. Jean-Pierre Farmer. A gifted professor, researcher, pediatric surgeon and leader, Dr. Farmer is superbly positioned to take the helm of this new department and to help build on the considerable expertise that resides in our community to train the next generation of pediatric surgeons.

Previously a division within McGill’s Department of Surgery, the Department of Pediatric Surgery is being established to respond to a rapid evolution in this field over recent years. There is a growing need for more specialized care and training, given the current construction of two McGill-affiliated pediatric facilities with state-of-the-art surgical profiles. The Faculty’s academic Department of Pediatric Surgery is composed of 36 full-time surgeons and a number of part-time surgical and non-surgical associates representing nine surgical disciplines.  The new department will work closely with existing academic departments and divisions of the corresponding adult disciplines.

An active member of the McGill community for three and a half decades, Dr. Farmer pursued his undergraduate degree and medical training here, and continues as an academic professor in three Faculty departments and as a clinician at several of McGill’s affiliated hospitals. With a record of excellence in pediatric neurosurgery, Dr. Farmer has served as the Chief of Pediatric Surgery at the McGill University Health Centre since 2007 and is the current holder of the Dorothy Williams Chair in Pediatric Surgery.

Dr. Farmer’s influence in the academic, clinical and research arenas is widely known, both nationally and internationally. With close to 120 peer-reviewed publications and book chapters to his name, his reputation as a scientific investigator precedes him in the areas of pre-natal diagnostics, congenital malformations, hydrocephalus, cranial and spinal tumours, spasticity, epilepsy surgery, neuro-traumatology and cranio-facial syndromes. His expertise has been sought around the world, including in Germany, Italy, the West Indies, Brazil, China, France, Australia, Spain, Hawaii and Turkey. In the last three decades, he has trained some 30 research fellows and residents, as well as post-graduate, graduate and undergraduate medical students.

Dr. Farmer has also held several management positions in the McGill community and nationally, including Neurosurgery Program Director at McGill from 1999 to 2003 and Associate Dean of Post-graduate Medical Education and Professional Affairs from 2004 to 2007. Outside of McGill, he has represented the Faculty in the 2006 government-mandated complementarity exercise and currently represents the Faculty at the “Table régionale des chefs de department de medicine spécialisée.”  He was Vice-Chair of the Royal College Neurosurgery Examination Board for several years, and he is currently a Director of the American Board of Pediatric Neurological Surgery and an elected member of the Society of Neurological Surgeons. In gratitude for his stellar administrative efforts, he received the Pfizer Leadership Award of Excellence from the Montreal Children’s Hospital Foundation in 2010.

Please join us in welcoming Dr. Jean-Pierre Farmer warmly into this new role, as well as wishing him  great success in taking academic pediatric surgery to the next level of excellence.