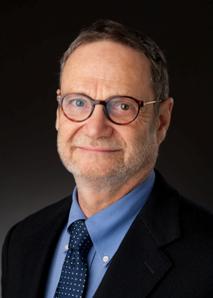 It is with great pleasure that we announce the appointment of Dr. Howard Bergman to the position of Chair of the Department of Family Medicine, at the Faculty of Medicine, McGill University. In this role, Dr. Bergman will build on the Department’s educational, research and clinical missions, in support of the Faculty’s strategy to reinforce McGill’s position as a leader during this critical period of growth for the specialty. Dr. Bergman, whose appointment began April 1, replaces Dr. Miriam Boillat, who has led the Department as Interim Chair with characteristic dedication since 2010. We thank Dr. Boillat, sincerely, for her excellent guidance and accomplishments.

Professor of Family Medicine, of Medicine and of Oncology at McGill, Dr. Bergman is widely known as a force of change in our health sciences community. As a medical student, he co-pioneered the precursor to Quebec’s CLSCs and Family Medicine Groups – les Cliniques populaires – and has remained a fervent champion in the areas of primary care, aging, chronic disease, frailty and health services throughout his career. He co-founded and co-directed Solidage, a McGill University-Université de Montréal Research Group on Frailty and Aging. He was also co-founder and co-director of the Jewish General Hospital-McGill University Memory Clinic and Research Program. He is internationally recognized for his research on integrated care, frailty and chronic disease with over 150 publications.

In the early 2000s, Dr. Bergman was a member of the Clair Commission, an independent review initiated by the Quebec government for health care system reforms, and authored the recommendation to create the Family Medicine Groups (Groupes de médecine de famille). He is also responsible for the Bergman Report, proposing the Quebec Alzheimer Plan with the central role for primary medical care. Additionally, he was on the Canadian Academy of Health Sciences Expert Panel that tabled the report entitled Transforming Care for Canadians with Chronic Health Conditions: Put People First, Expect the Best and Manage for Results. Dr. Bergman completed much of this work while Director of the Division of Geriatric Medicine at McGill and the Jewish General Hospital. In 2009, he was appointed Vice-President of Scientific Affairs of the Fonds de la recherche en Santé du Québec (FRSQ), a position he held until last year.

Dr. Bergman is a Fellow of the College of Family Physicians of Canada and of the Canadian Academy of Health Sciences, as well as of the Royal College of Physicians and Surgeons of Canada. Over the years, he has been at the helm of several leading governing bodies, including the Canadian Geriatrics Society, the FRSQ Network for Research in Aging, the Consortium of Canadian Centres for Clinical Cognitive Research and the Institute of Aging of the Canadian Institutes of Health Research. He is also the first Dr. Joseph Kaufmann Professor of Geriatric Medicine at McGill and the Jewish General Hospital, and is adjunct Professor in the Department of Health Administration at the Université de Montréal. International appointments include invited Professor in the Faculty of Medicine, Université de Lausanne, in Switzerland, and adjunct full Professor and member of the International Advisory Review Committee in the Faculty of Health Sciences, Ben Gurion University of the Negev, Beer-Sheva, Israel. He is a consultant to governments, health care institutions and universities in Canada and internationally.

In addition to building on the Department of Family Medicine’s position as a leader in Quebec and in Canada, Dr. Bergman will grow the undergraduate and residency programs and actively recruit new faculty members, while focusing on clinical and translational development, health outcomes, health services and knowledge translation research. His mandate includes increasing the number of quality residency training sites to align with provincial standards, while serving as advisor to the Dean on Family Medicine-related matters.

On behalf of the Faculty of Medicine, please join us in welcoming Dr. Bergman warmly to his new position. This is a very propitious time for Family Medicine, and we know that he will bring great expertise, energy and vision to the challenges at hand, in collaboration with the Department’s outstanding faculty and staff.