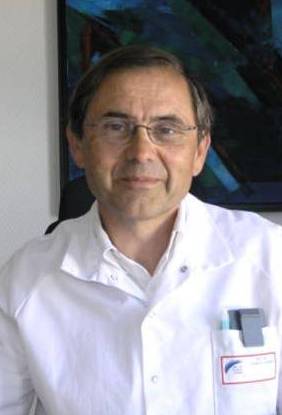 Dr. Querleu joined our community in January 2010 as a visiting professor under the auspices of the Robert Kinch Chair in Women’s Health. This role has already given Dr. Querleu insights into our strengths and our needs. It has also offered him many opportunities to develop significant relationships with members of our departments, as well as with professionals outside our health network. There is no doubt that Dr. Querleu will continue to build on these relationships and establish new ones, as he helps us to further develop our reputation for excellence in women’s health, notably, by creating a balance between all components of obstetrics and gynecology, fostering the translational integration of clinical care and research and enhancing undergraduate and postgraduate education.

Dr. Querleu is a full professor in Obstetrics and Gynecology and in Oncology at the Université Paul Sabatier in Toulouse, France, where he was elevated to “Classe Exceptionnelle,” the highest academic ranking in French universities. At the same time, he is head of the Surgery department and of the Gynecologic Oncology division, as well as Deputy Director of International Affairs, at the Toulouse Cancer Center. He is also head of Surgery at the Claudius Regaud Cancer Center. A dedicated researcher, Dr. Querleu served as the chairman of the Experimental Research department at the Université de Lille, France, for eight years.

A pioneer in advanced laparoscopic surgery for gynecological cancer, Dr. Querleu has been involved in teaching and training fellows and attending staff in 26 countries around the world, as well as collaborating in training members of leading institutions, such as the Mayo Clinic and Memorial Sloan-Kettering Cancer Center. Additionally, he has worked with France’s Institut National du Cancer to establish nationwide recommendations for clinical practice and to organize cancer care; published some 300 papers and written or contributed to textbooks and chapters in books; served as an editor-in-chief, an editorial board member or a reviewer of numerous medical journals, including Lancet Oncology, Human Reproduction and Obstetrics and Gynecology; and organized meetings of international societies.  Married, a father of four, Dr. Querleu speaks French, English and Italian.

We take this opportunity to gratefully acknowledge and thank Dr. Gillett for providing leadership and stability in support of our academic mission and our clinical mission at the MUHC, while the search for a new chair and chief was in progress. Dr. Gillett, who is a long-time, valued member of our community, assumed these additional responsibilities with exceptional commitment and acumen.

We also thank Dr. Tan for 15 years of outstanding leadership and research. During his tenure as chief and chair, Dr. Tan created a national and international reputation for excellence in reproductive endocrinology and infertility. Founder of the McGill Reproductive Centre, he and his team brought generational change to the challenges of human infertility, achieving many firsts.

Please join us in wishing Dr. Querleu a very warm welcome into his new position within the McGill Faculty of Medicine and its stellar community of teaching hospitals, and in thanking Drs. Gillett and Tan for their dedication and contributions. Dr. Querleu assumes his new functions as of November 1, 2011.