Youngest children from most vulnerable populations benefit most 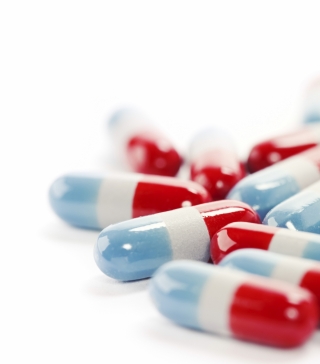 Antibiotics improve growth in children at risk of undernourishment in low and middle income countries, according to researchers at McGill University who have just conducted a research literature review on the subject. Their results, published in the British Medical Journal, suggest that the youngest children from the most vulnerable populations benefit most and show significant improvements toward expected growth for their age and sex, particularly for weight.

Malnutrition in early childhood, reflected in poor growth, is the cause of nearly half of all mortality worldwide in children less than five years old. Antibiotics are currently recommended by the World Health Organization (WHO) for severely malnourished children, and those infected or exposed to HIV, to reduce mortality.

But while antibiotics have been linked to significant height and weight gains among children from undernourished populations in countries such as Guatemala, Malawi, Zambia, and Brazil, some studies have found no significant effect of antibiotics.

A team of researchers from McGill, the University of British Columbia and others, set out to determine whether antibiotics lead to improvements in growth in pre-pubertal children living in low and middle income countries.

“We looked at changes in both height and weight,” says Ethan Gough, McGill PhD candidate in the Faculty of Medicine (Department of Epidemiology, Biostatistics and Occupational Health). “We searched the research literature for studies that treated children aged 1 month to 12 years with an antibiotic, and analyzed the results of 10 trials involving 4,316 children in seven low and middle income countries. Children were generally smaller in height and weight than adequately nourished children of the same age. This group of studies reflects the spectrum of stunting and wasting malnutrition seen in these countries,” says Gough, the paper’s first author.

“Overall, we found that antibiotic treatment had a positive effect on both height and weight with increases of 0.04 cm/month for height and by 23.8 g/month for weight,” says Amee Manges, a professor in the School of Population and Public Health, at the University of British Columbia, “After accounting for differences in the age of the study participants, effects on height were larger in the youngest children and effects on weight were larger in the trials that were conducted in Africa”.

“The overall gains in growth confirm the benefits of antibiotics in high-risk populations,” says Gough. “However, more research is needed to better understand the underlying reasons for improved growth so that safer treatments can be developed”.