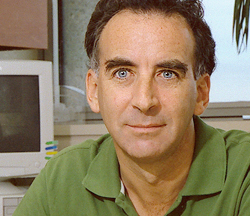 Using gene expression profiling, a method to measure the activity of thousands of genes, researchers investigated dopaminergic neurons in the midbrain, which are nerve cells that use dopamine to send signals to other nerve cells. These neurons are known to degenerate in Parkinson’s disease.

“We identified the Rgs6 gene for its restricted expression in dopaminergic neurons,” explains Dr. Drouin, Director of the Molecular Genetics laboratory at the IRCM. “We had previously shown that this gene is itself controlled by a transcription factor called Pitx3, which plays an important role in the survival of these neurons.”