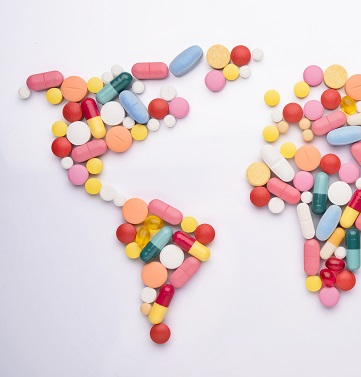 A new study finds that rising placebo responses may play a part in the increasingly high failure rate for clinical trials of drugs designed to control chronic pain caused by nerve damage.

In a paper accepted for publication in the journal Pain, researchers at McGill University in Montreal analyzed the results of 84 clinical trials of drugs conducted around the world from 1990 to 2013. Over that period, the pain inhibition experienced by patients in the placebo group increased steadily, reaching an average 30% decrease in pain levels by 2013. Similar increases in placebo response have previously been observed in studies of clinical trials of antidepressants and antipsychotic drugs. Those studies, however, didn’t pinpoint the U.S. as the source of the trend.

“The data suggest that longer and larger trials are associated with bigger placebo responses,” said Jeffrey Mogil, the E.P. Taylor Professor of Pain Studies at McGill and senior author of the new paper. “This, in turn, tends to result in the failure of those trials – since it makes it harder for pharmaceutical companies to prove that the drug being tested is more effective than treatment with a placebo.”

The U.S. as outlier

“It remains to be determined why the United States is an outlier with respect to its clinical trials,” added Alexander Tuttle, a doctoral student in psychology at McGill, and co-first author of the paper. He and his co-authors note, however, some potentially important differences between the U.S. and other countries. These include the existence of direct-to-consumer drug advertising in the U.S. (New Zealand is the only other country in the world that allows this), the greater spread of for-profit “contract research organizations” in the U.S., and perhaps greater exposure to the placebo concept in popular media in the U.S.

“The greater the improvement in patients treated with placebo in clinical trials, the more difficult it can be to demonstrate the beneficial effects of pain-relieving medications,” said Robert H. Dworkin, Professor of Anesthesiology, Neurology, and Psychiatry at the University of Rochester School of Medicine and Dentistry. Prof. Dworkin, who was not involved in the McGill study, said “This important study increases our understanding of these placebo-group responses, and thereby provides a basis for improving the design of clinical trials and accelerating the development of analgesic medications that can bring greater relief to patients suffering from chronic pain.”

This work was supported by a grant from the Louise and Alan Edwards Foundation.