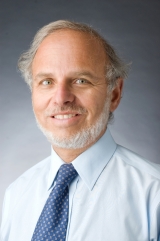 The American Association for Cancer Research (AACR) is pleased to announce the appointments of Raymond N. DuBois, MD, PhD, and Michael N. Pollak, MD, as editors-in-chief of Cancer Prevention Research, one of eight highly esteemed journals published by the AACR. DuBois and Pollak began their tenures as editors-in-chief July 1, 2018.

Devoted exclusively to cancer prevention, Cancer Prevention Research publishes original preclinical, clinical, and translational research on the biology of premalignancy, risk factors and risk assessment, early detection research, and chemopreventive interventions, including the basic science behind these areas. The journal was launched in 2008 with Scott Lippman, MD, as the founding editor-in-chief.

“Now is the time to build upon the foundation laid over the past decade and respond to the scientific priorities of this field,” said Margaret Foti, PhD, MD (hc), chief executive officer of the AACR. “Under the new leadership of Drs. DuBois and Pollak, we look forward to advancing prevention science and saving more lives from cancer.”

“Preventing the initiation of the carcinogenic process will remain a core mission,” said DuBois, dean of the College of Medicine at the Medical University of South Carolina, and professor in the Departments of Biochemistry and Molecular Biology. “In addition, the scope of the journal will expand to include interrupting the processes involved in the development of primary and secondary cancers, and blocking cancer progression to advanced disease.”

“We are honored and excited about the opportunity to lead Cancer Prevention Research,” said Pollak, director of the Division of Cancer Prevention at McGill University in Montreal and professor in the Departments of Medicine and Oncology. “I look forward to working with Dr. DuBois in demonstrating the substantial advances in the field of early cancer detection and interception.”

Pollak has served on the editorial board of Cancer Prevention Research since its inception. He holds the Alexander Goldfarb research chair in cancer research at McGill University in Montreal and directs the Division of Cancer Prevention of the Department of Oncology. Pollak is a medical oncologist at the Jewish General Hospital in Montreal and is involved in clinical trials of novel agents related to growth factor targets. He directs a multi-disciplinary research program at the Lady Davis Research Institute, which investigates insulin and insulin growth factor physiology in relation to cancer, and provides specialized ELISA assays for epidemiologic and pharmaceutical collaborators. He has received a number of prestigious honors and awards.

Pollak received both his bachelor’s degree in biology and computer services and medical degree from McGill University. He completed his internship and residency at St. Michael’s Hospital at the University of Toronto, and a fellowship at the Ontario Cancer Institute in Toronto. He is a Fellow of the Canadian Academy of Health Sciences and Royal College of Physicians and Surgeons of Canada. He collaborates with leading cancer research groups worldwide in laboratory, clinical, and epidemiologic studies related to the role of growth factors in human cancer.

DuBois is an internationally renowned expert in the molecular and genetic basis of colorectal cancer. His work in this area has led to a better understanding of the role of anti-inflammatory agents such as aspirin in the tumor microenvironment, and has subsequently resulted in various clinical trials, including treating precancerous polyps with celecoxib (Celebrex), an arthritis drug that selectively inhibits COX-2, an enzyme that facilitates inflammation.

DuBois earned his bachelor’s degree in biochemistry from Texas A&M University and his PhD from The University of Texas Southwestern Medical Center in Dallas. He obtained a medical degree from The University of Texas Health Science Center in San Antonio, followed by an Osler Medicine internship and residency and a gastroenterology fellowship at the Johns Hopkins Hospital in Baltimore. He is also a Fellow of the American Association for the Advancement of Science, and Past President of the Southern Society for Clinical Investigation, as well as the International Society for Gastrointestinal Cancer.