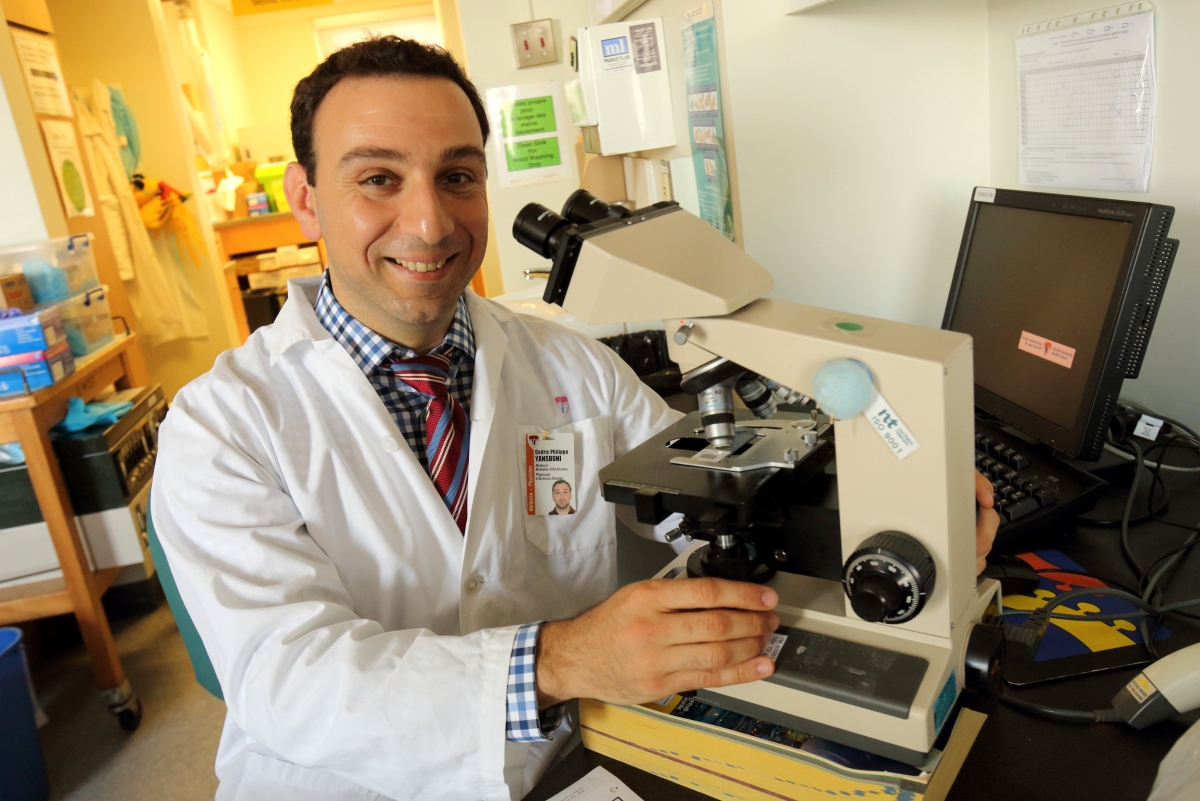 An outbreak of an intestinal parasite common in the tropics, known as Cryptosporidium, has been identified for the first time in the Arctic. The discovery was made in Nunavik, Quebec, by a team from the Research Institute of the McGill University Health Centre (RI-MUHC), in collaboration with the Nunavik Department of Public Health, Institut National de Santé Publique du Québec and Health Canada. The discovery, which was documented in the journal PLoS Neglected Tropical Diseases, could have long-term implications for the health of children in Nunavik and Nunavut’s communities.

“We were very surprised to discover this strain of Cryptosporidium in the Artic, which is more typically seen in low-income countries than elsewhere in North-America,” says the study’s senior author, Dr. Cédric Yansouni, who is Associate Director of the J.D. MacLean Centre for Tropical Diseases at the MUHC and Professor of the Division of Infectious Diseases in the Department of Medical Microbiology at McGill University.

Cryptosporidium is a microscopic parasite that lives in the intestine of mammals, including humans, and is transmitted by the fecal-oral route from ingestion of contaminated food or water or contact with infected individuals. The parasite causes an illness known as Cryptosporidiosis which is characterized by diarrhea, cramps and vomiting. The disease can last several weeks and can be fatal for young children and those with a weakened immune system, such as people with AIDS, transplant recipients, or patients undergoing cancer treatment.

The researchers examined an outbreak of Cryptosporidium that occurred between April 2013 and April 2014 across 10 villages in Nunavik. In close collaboration with the clinical teams on site, the researchers were able to identify that the strain was Cryptosporidium hominis, which is spread from human to human and usually found in tropical countries.

“We are being particularly vigilant because it is known in low-income countries that repeated Cryptosporidium infections can cause growth delays and difficulty at school in children.  In the Nunavik outbreak, children under the age of five were the group most affected by the infection,” explains Dr. Yansouni.

There is a treatment for Cryptosporidiosis in the United States and in other countries where the disease is found, but at present the treatment is only available in Canada under a special access program.

“What we observe in the Arctic, as in any other remote region, reminds us about the limitations of the healthcare system in terms of access to diagnosis facilities,” says Dr. Yansouni, who suspects that there are many unreported cases of infection.

This work was made possible through the financial support of the Institut national de santé publique du Québec,Canadian Institutes for Health Research, ARCTICNET, the Network of Centres of Excellence of Canada, and the Natural Sciences and Engineering Research Council of Canada.