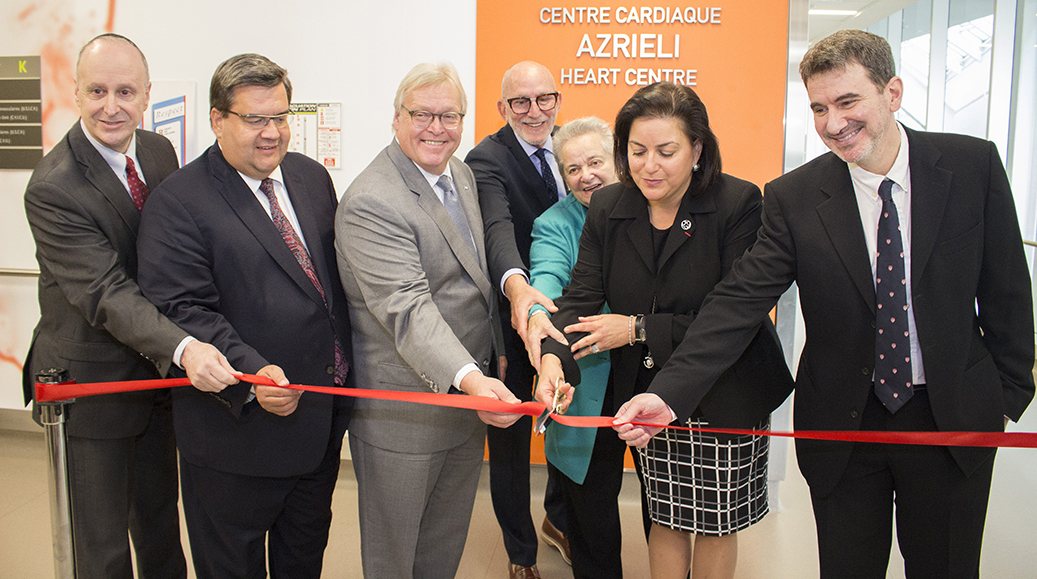 During a press conference held September 18, the Jewish General Hospital officially launched the Azrieli Heart Centre, made possible through a $20 million gift from the Azrieli Foundation. Along with an additional $5 million for new intensive care facilities in the recently named Azrieli Medical and Surgical Intensive Care Unit, the combined $25 million gift ranks as one of the most generous acts of philanthropy in the history of the JGH and the single largest in the current JGH campaign.