The invention of magnetic resonance imaging (MRI) in the 20th century gave neuroscientists a powerful window into the inner workings of the brain. Researchers at The Neuro quickly realized the potential MRI held for neuroscientific discovery.

The installation of a full-body 7-Tesla Siemens scanner at The Neuro in February, 2019, the first of its kind in Canada, is just the most recent addition to the institute’s MRI arsenal. In 1985 The Neuro acquired the country’s first MRI scanner.

A year earlier, The Neuro’s director, Dr. William Feindel, had opened the McConnell Brain Imaging Centre (BIC) to house the new scanner. The BIC’s latest director, Dr. Julien Doyon, leads what has become one of the premier centres of its kind in the world.

In the 1980s, MRI technology was still in its early development stages. By today’s standards, The Neuro’s first scanner had a modest capability. Made by Philips, the machine had a power of 0.5 Tesla (T), a measurement of the field strength of the magnetic coils that serve as the workhorse of an MRI machine’s operation. Nowadays, the range of most commercially available MRI systems operate at 1.5T or 3T, with a few ultra-high field machines operating at 7T.

Radiologists used The Neuro’s first machine for clinical diagnostics. Dr. Feindel stipulated, however, that certain hours were to be devoted to research. 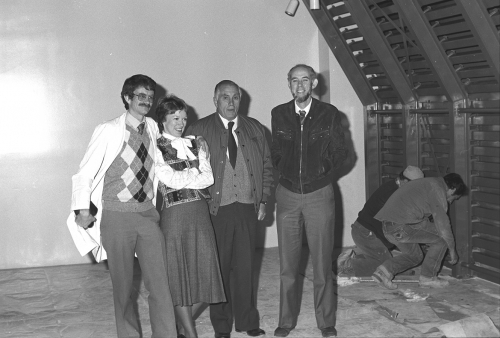 “Research was feasible on that 0.5T machine. Philips was ahead of the game in that respect,” recalls Dr. Douglas Arnold, who, along with his colleagues, Eric Shoubridge and the late Dr. George Karpati, used the machine to conduct ground-breaking research into neuromuscular diseases. “It was an exciting time to be doing research into spectroscopy in muscle.”

“Patients with rare neuromuscular diseases came here not only from Canada but internationally,” says Dr. Arnold.

“In addition to magnetic field strength, one of the important ways that MR machines have evolved is by adding more receiver channels to pick up the tiny radio signals emitted by tissues in an MRI scan,” explains Richard Hoge, the BIC’s MRI Unit Director. “A two-channel system has twice the potential sensitivity in certain acquisitions than a one-channel system.”

The 1.5T machine was used for research that often had clinical potential.

“We were among the first in Canada to use it to do functional MRI using a technique called echo-planar imaging: the ability to make very fast images during cognitive functional tasks,” says Hoge. “The BIC’s relationship with The Neuro’s Clinical Research Unit (CRU) blossomed with that scanner. The system enjoyed a long service life and was used for many clinical trials even after a more powerful MRI scanner was installed.”

“We gained a lot of novel insights into the role of axonal injury in MS, which later became a big topic,” says Dr. Arnold. “Imaging became an important part of MS drug development.” 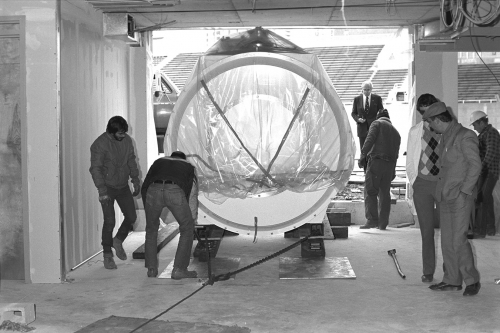 The BIC was part of a multi-centre trial involving MRI studies that in 1993 led to Betaseron, the first drug approved in Canada and the United States for the treatment of relapsing-remitting MS.

“Over the years, our team of research assistants and MRI technologists has been a big part of the CRU’s success,” notes Hoge.

In 2005, Bruce Pike, the BIC’s director at the time, upgraded the Siemen’s two-channel VISION platform to an eight-channel SONATA platform. The machine’s magnetic core was retained but all the electronics were replaced.

“It was a big leap,” recalls Hoge. “We were able to further develop our pharmaceutical collaborations. Having a state-of-the-art multi-channel system allowed collaborations between our research and industry to have a direct impact on patient outcomes.”

In 2006, the BIC acquired a second Siemens MRI machine more powerful than the first. It was a 3T machine on a TRIO platform with eight channels. In 2009, the TRIO platform underwent an upgrade to the TIM platform, which has 32 channels. This upgrade was obtained under a Canadian Foundation for Innovation grant led by researcher Robert Zatorre, well known for his studies on the brain’s perception of music. In 2017, when Sylvain Baillet was the BIC’s director, the 3T machine was upgraded to a PRISMA platform with 64 channels.

Although the new 7T MRI machine will be used purely for research, the results of many studies will translate to therapies in the clinic. The power of the new machine, which operates on a platform called TERRA with 64 channels, has the potential to provide data on properties in the nervous system that so far have been undetected or little studied.

Dr. Arnold compares it to “getting a new telescope for the cosmos.”